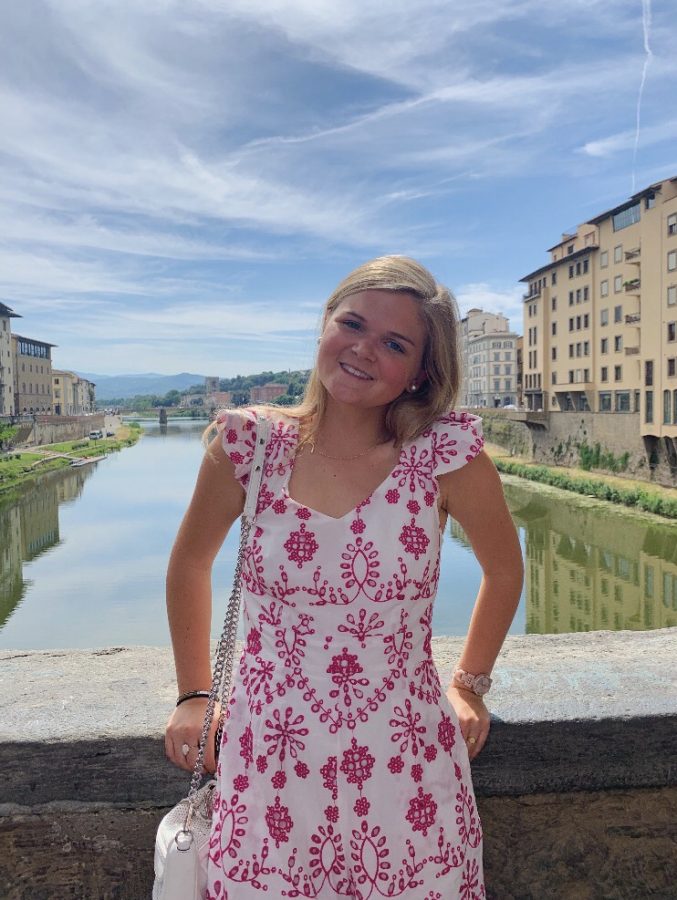 Senior Rose Knapp traveled to France and Italy over the summer. She enjoyed cruises, parks and hot coffee because they didn't have iced.

Walter Johnson High School students flew in the summer breeze enjoying the liberty of the holiday. Some students hopped from internships to classes while others traveled to see great places. Here’s a sneak peak of what WJ students did this summer.

Sophia Wu. Senior
“This summer I interned at NIH (the National Institutes of Health) in NIBIB (National Institute of Biomedical Imaging and Bioengineering). I helped image the microfilaments of cells using atomic force microscopy\; we were experimenting with anti-cancer drugs and seeing how they affect cell division. I learned so much about working in a real science lab and how much effort goes into even just one experiment. This was actually my second year interning at NIH, and since I returned to the same lab this summer, I saw how much the lab had accomplished in a year. So many projects were going on at the same time, and all of them have progressed substantially. I had always thought of pursuing a career in the medical field, but this experience really solidified my dreams of working in science and medicine in the future. If you ever have an opportunity like this, take it! The best way to learn is to do.”

Christopher Frazier, 12
“I became a volunteer for the Bethesda-Chevy Chase Rescue Squad and obtained my Maryland Firefighter I and Firefighter II certification. I learned that no matter how hard it may seem or how you feel, you can get through it if you put everything into something. It affected me by showing me the importance of maintaining physical fitness, along with taking care of oneself. I plan to pursue a career after volunteering for a couple more years and gain some more experience. Overall, It was an enjoyable experience and I have no plans of quitting in the future.”

Rose Knapp, Senior
“This past summer I was lucky enough to go on a school trip to France and Italy. While there, I visited Paris, Nice, Monaco, Florence, Rome and Capri. Of course we visited many of the landmarks which you can’t miss while at these places such as the Eiffel tower, Louvre, Colosseum, Sistine Chapel, etc. But also I had plenty of time to explore each individual city and see the beauty and uniqueness each one has. I think my favorite part of the whole trip was going to the Palace of Versailles which is indescribable, its beauty and opulence was unbelievable and unlike anything I had ever seen before. A close second to my favorite part of the trip was the gelato which I had about a billion cups of while I was in Italy, it’s unreal. I couldn’t have been happier to have this experience because I had never been to Europe before and now I know that I want to visit again, especially Florence because the second time around I’ll be able to do even.”