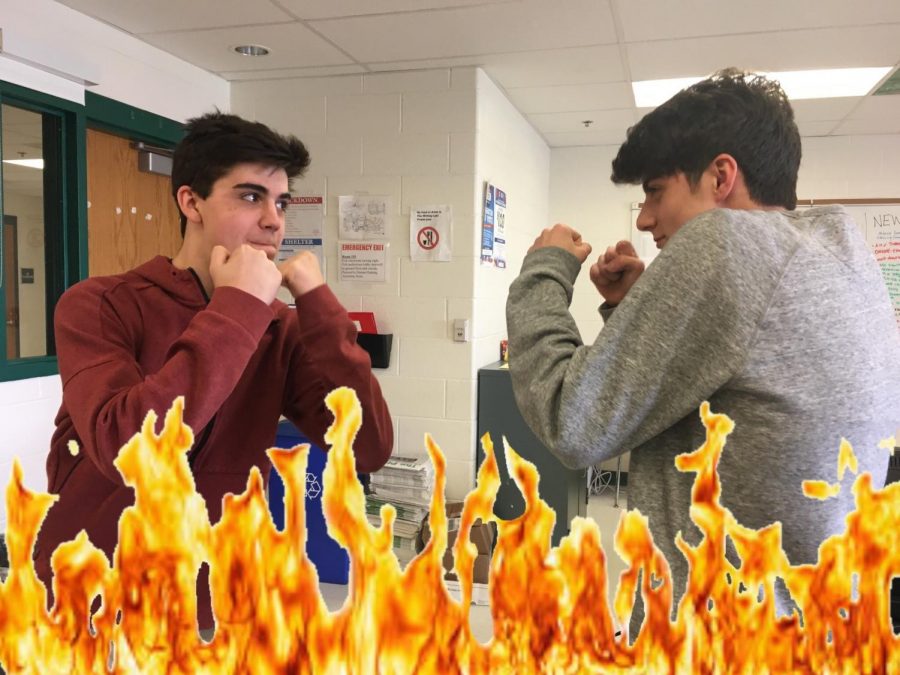 Pitch staff writer Austin Mucchetti quit his position after a heated brawl with sports editor Ned Storer. The conflict between the two writers began when Storer misspelled Muchati’s name in several issues of The Pitch. Multiple confrontations ensued, eventually resulting in a physical fight that had to be broken up by the staff.

“I didn’t want things to end this way, but Ned left me no choice,” Mucheti said of the fight. “I mean, I let it slide the first couple of times. But we’re on issue number seven now – come on!”

Following the first incident of Muchacho’s name being misspelled, the staff writer voiced his frustration to Storer and the editorial board. The problem appeared to dissipate, but by the next issue, Mucheti’s name was spelled incorrectly once more.

“Every f****** issue, I tell them to spell my f****** name correctly! It’s not that hard!” Nuchhetti said.
Moochheti confronted Storer, and tensions rose to unprecedented levels when Storer told Muccetie that he was overreacting.

“I personally think Austin’s being a little petty about the whole thing,” Storer said. “He’s blowing this way out of proportion. Now, my journalism career is on the line.”

Storer said he thinks the situation presents a greater lesson to be learned.

“This whole debacle could be prevented if people didn’t give their kids such complicated names,” Storer said.

Muchetee took great offense to this comment, claiming that Storer was disrespecting his family name.
“I’ll have him know that my family built this country,” Mochetti said.

For both Muhccettie and Storer, this interaction was the last straw. It’s unclear who threw the first punch, but both boys suffered from bruised faces and black eyes.

As of now, the two Pitch writers have not spoken since the fight.

“Ned still thinks this is all a joke, but he’s playing a dangerous game,” Miuchetti said. “He’s going to lose his Pitch position if he doesn’t take things more seriously.”