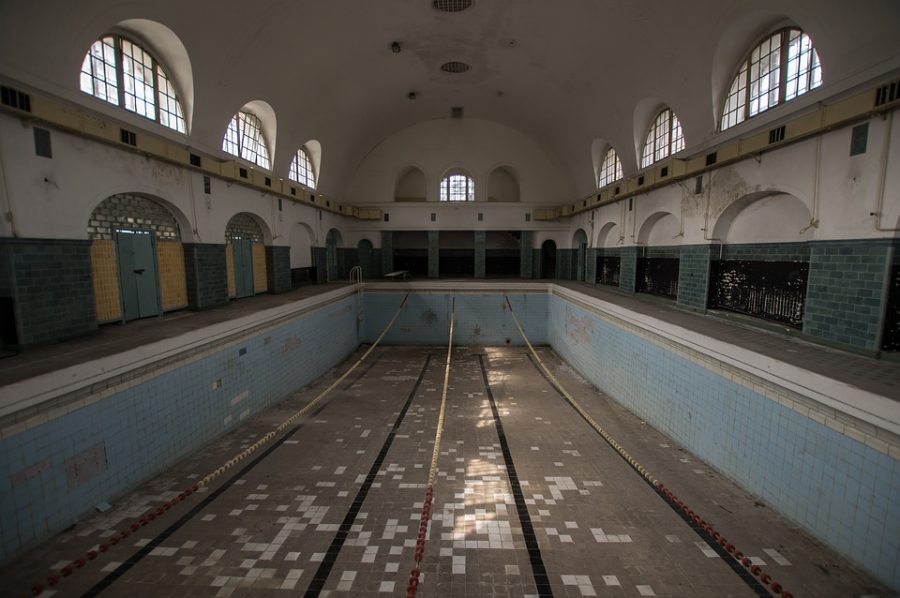 After years of activity and use, the WJ pool has been dragged into scandal. The water was tested for the first time in many years and it was revealed that chemical levels were not up to code.

The pool is infamous for being a fun place for students to relax, exercise and hang out. Students always assumed that the pool was well maintained due to building service’s proficiency in the rest of the building. However, the pool appears to be an area that was missed, seemingly for years, by all maintenance staff.

As the investigation continued, the extent of the neglect was brought to light. The area around the pool was tested and revealed as one of the last few places where the Bubonic plague has survived. Rats and other vermin run rampant and the water sometimes resembles more of an off-green than normal blue.

“You know the green water and seven pound rats should have been a clue that something was wrong,” regular pool-goer junior John Walterson said. “I went everyday and just never thought about it.”

These issues are not simply in the pool area. As many students have noticed, WJ is experiencing a mouse problem. The investigation revealed that the mice are coming from an area under the boys locker room near the pool.

“A friend and I noticed a strange noise coming from the floor. We pulled up a tile and found a massive nest of mice,” Walterson said. “There must have been hundreds of them. It was so gross.”

Then it was revealed that building services had no knowledge of the pool’s existence.

“There’s a pool on the roof?” building services head Shelton Neal said in shock. “My team and I were under the impression that the pool was a joke created by the students.”

While the pool has a full and competent lifeguard staff, comprised entirely of the new WJ student safety patrols, there are no staff dedicated to the maintenance and safety conditions of the water. The regular maintenance team has no knowledge of its existence.  Further investigation revealed that none of the school staff had any knowledge of the pool.

“For years students have talked about the pool on the roof, I always assumed it was a joke,” principal Jennifer Baker said. “I’m in shock that it exists. The building was not designed to support a pool.”

Baker and building services called for an investigative team to look at the structural condition of the pool. It was found to be slowly sinking into the roof. The problem is not serious, but in the future it could cause problems.

“Who would put a pool on the roof. That’s dumb,” Baker said.

Before this scandal came to light, no one had ever known Baker for the architectural genius she appears to possess.

For the school, the main concern is still the sanitary concerns. This may come as an issue because building services still can’t find the pool.