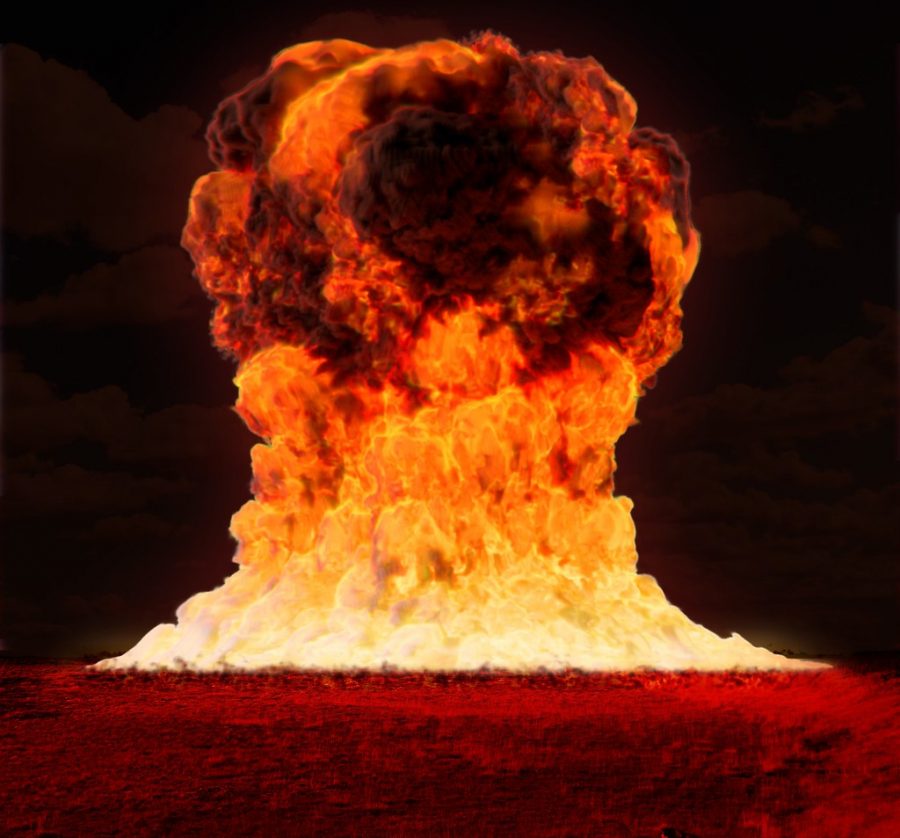 The explosion shook WJ to its core but resulted in free food for hundreds of hungry students.

Students may have noticed a loud explosion followed by an earthquake on Monday right before lunch. The source of the earthquake was traced back to the vending machines which simultaneously exploded and shook the whole school.

“I was sitting in class and then all of a sudden I heard a loud bang and then everything started to shake,” sophomore Tahra Dactyl said.

Earlier in the year, rumors circulated through the school about a fire drill resulting from a vending machine catching fire. It seems as if the problem with the vending machines was never fixed, as this time one of them exploded and caused a minor earthquake.

“I’m just glad that nobody was hurt in the explosion or the earthquake,” senior Filet Minyon said.

Nobody was injured by the explosion\; the outcome was actually quite positive.

“The bell rang for lunch, so I started my usual routine of sprinting down the hallway and running into people but I was stopped in awe by the vast array of snacks that laid before me,” freshman Barry Allen said.

The explosion of the vending machines filled the hallway with snacks and drinks that were gladly taken by students and staff. However, school administrators are not happy because of the major loss of money. Not only did the vending machines break, but all of the snacks were devoured before building services could collect them, except for the trail mix.

New vending machines have been put in place, however, now there are new warning stickers placed on both machines. Additionally, students who want to use the machines have to sign a liability waiver saying they acknowledge the explosive risks involved with buying snacks from WJ.

“The liability forms are just a step in the right direction of making sure we can’t get sued,” MCPS lawyer Saul Goodman said.

Students are quite unhappy because their parents won’t sign the liability forms, meaning they can’t get snacks in between periods to noisily eat in class. However, everyone can agree they are happy that nobody was hurt by the explosion. Monday will remain in history as a memorable day for free snacks and drinks.