Walter Johnson cross country starts their season with a bang 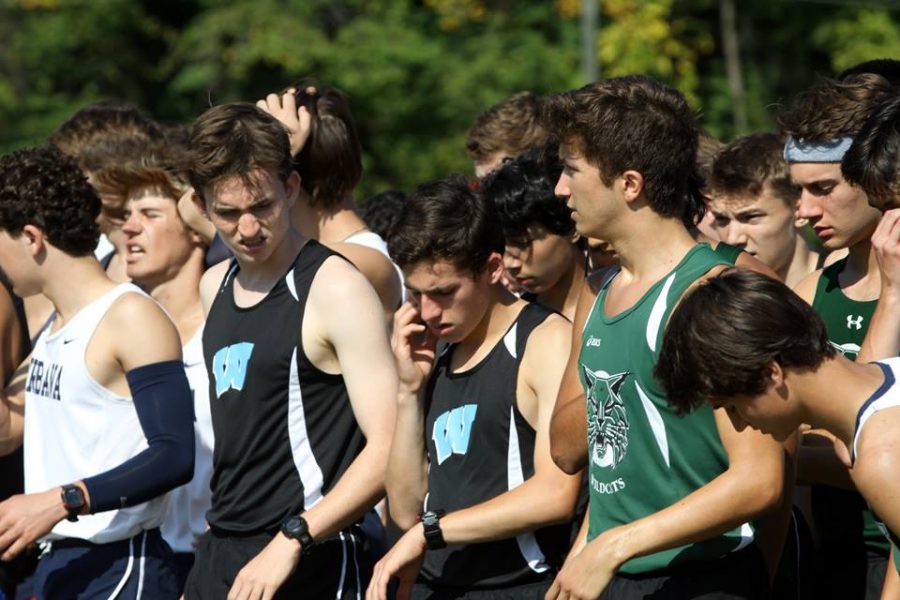 On September 5, the Walter Johnson Cross Country team kicked off their first race of the season with the Woodward Relays-a six mile relay race at Georgetown Prep.

At this race, the boys team finished a respectable fourth place out of nine. Meanwhile, the girls team, hoping to win the State Championship for a fifth year in a row, blew away the competition, finishing first out of 10 schools. The girls team was led by seniors Sophie Scobell and Janet Scott, who finished first overall in the relay with an average mile time of six minutes and 50 seconds.

Scobell acknowledged the importance of this win.

“It’s nice to get that boost of confidence early on in the season, but I also think it’s important not to take it for granted because we definitely have a lot of work to do,” Scobell said.

On September 12, they competed in a Tri-meet against Poolesville and Einstein. Both the boys and girls team continued their strong performances. In this 5K race, the boys were able to beat Poolesville. However, they came up just short against Einstein. As usual, the girls dominated, beating both Einstein and Poolesville.

A notable performance was that of senior captain Sean Murphy. Coming fresh off of an injury, he was able to lead the boys team, finishing first for WJ and fourth overall.