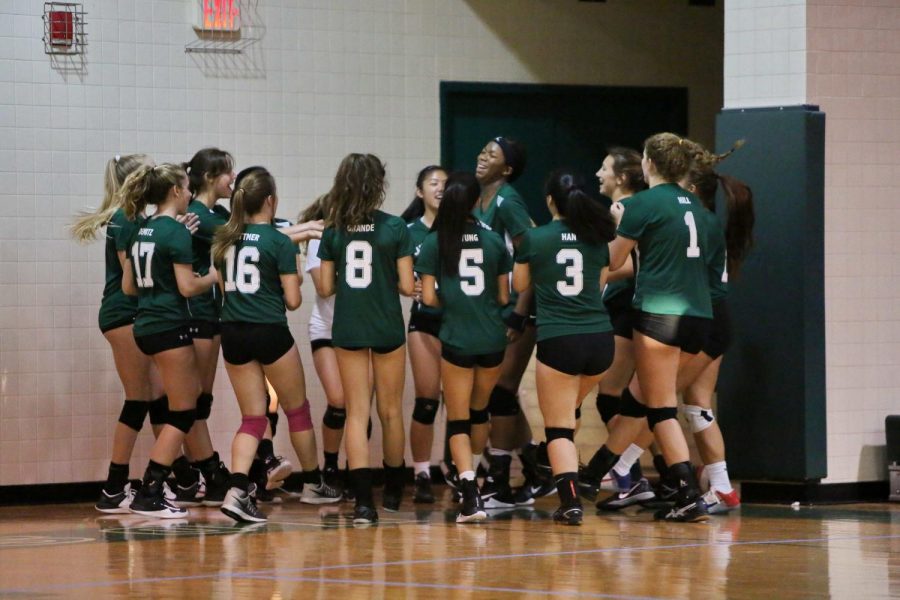 The girls’ volleyball regular season is coming to a close, as they only have one game left. The girls have a record of 9-4-1 and look to finish the season strong. Their regular season finale will be at WJ on October 26. The Wildcats will host the Poolesville Falcons who currently have a record of 7-6. The Wildcats have won seven of their last nine games and are very confident after beating a superb opponent in Sherwood High School 3-1 in a best of five set.

On October 23, girls’ volleyball had the first of their two final games. They welcomed Seneca Valley High School, who have lost the last nine games they’ve played in. The Wildcats dominated the Eagles from start to finish as they only allowed nine points in the first set. The second set was closer, but the girls kept their heads in the game and were able to squander any hopes for the Eagles in the third set, completing a sweep of 3-0. The third set resembled the first as the girls maintained a fast pace. It was a solid win against of a good opponent.

Senior Claire Guion shared her excitement about the game and she has full confidence in her teammates.

“Even when we changed the lineup we were able to work with each other and communicate well,” Guion said.

It’s been a crazy season with highs and lows and the aspirations of playoffs are now becoming a reality for girls’ varsity volleyball. Coach Tom Tepper weighed in on his thoughts about the team’s overall performance.

“It hasn’t been easy, they’ve put it a lot of hard work,” Tepper said. “If we play like we’ve been playing recently we’ll have a shot to go far.”

Last season the Wildcats made it to the section one semifinals where they lost a close game to Churchill by a final score of 3-2. This season the girls have played hard all season and  are now getting ready for the playoffs.