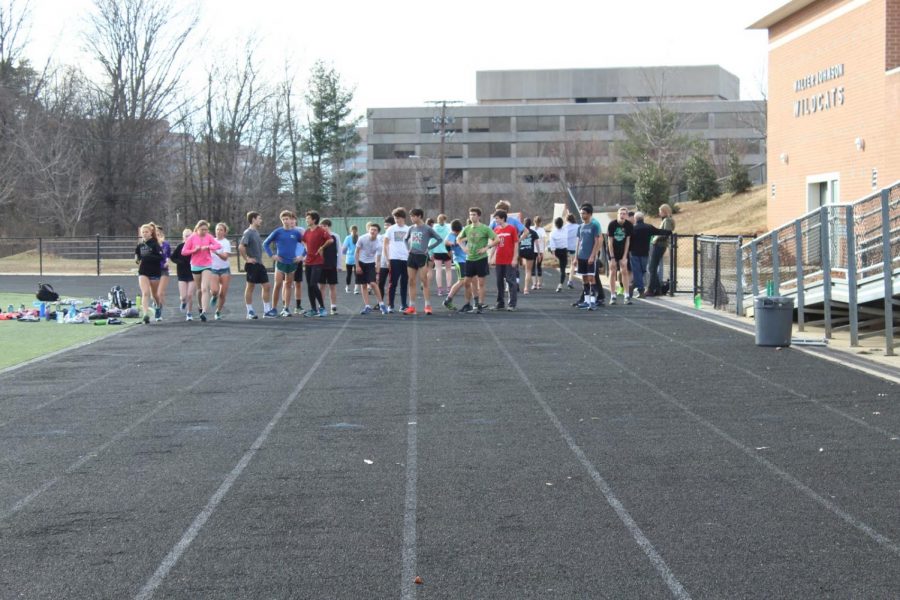 Indoor track practices for their upcoming meet. The team has been very successful so far this season.

WJ indoor track is performing well this year and is sprinting towards another successful season. The track team has competed in five meets so far this season.

There have been many young runners who have come into their own this season and are doing very well.

One of these young, talented runners is freshman Ella Gaul. Gaul has finished within the top 10 in her events, the 1600 meter run and the 3200 meter run, for all of the meets in which she has competed.

Another top runner this season is junior Rodrigo Yepez-Lopez. Yepez-Lopez runs the 3200 meter run and has placed seventh twice and sixth once in the three meets he participated in. Yepez-Lopez has run track in the past, and is hoping for great things during the rest of the season, including making it all the way to the state championships.

“Everyone’s training hard this year, and we’re trying harder than ever to get to states,” Yepez-Lopez said.

Senior captain Sean Murphy has also been on WJ track for a long time. Murphy also ran cross country in the fall and is aiming to have a better season.

“Cross country…didn’t have the best season we wanted, but right now track is having the season that we wanted,” Murphy said. “We’ve had many huge [personal records] and I’m expecting huge things for the rest of the season.”

Senior Alexander Schmidt, a sprinter, is also doing really well this season. Schmidt has placed in the top 20 in his races three times already this year, and is hoping to get to states and wants to win in his senior year.

In her four runs, Green has excelled and amazed. She’s gotten first place three out of four times and placed seventh another time.

WJ indoor track this year has been outstanding and many athletes have stood out from the competition. Between the fantastic performance and the bonds between the teammates, WJ indoor track is poised to run straight into the state championships.