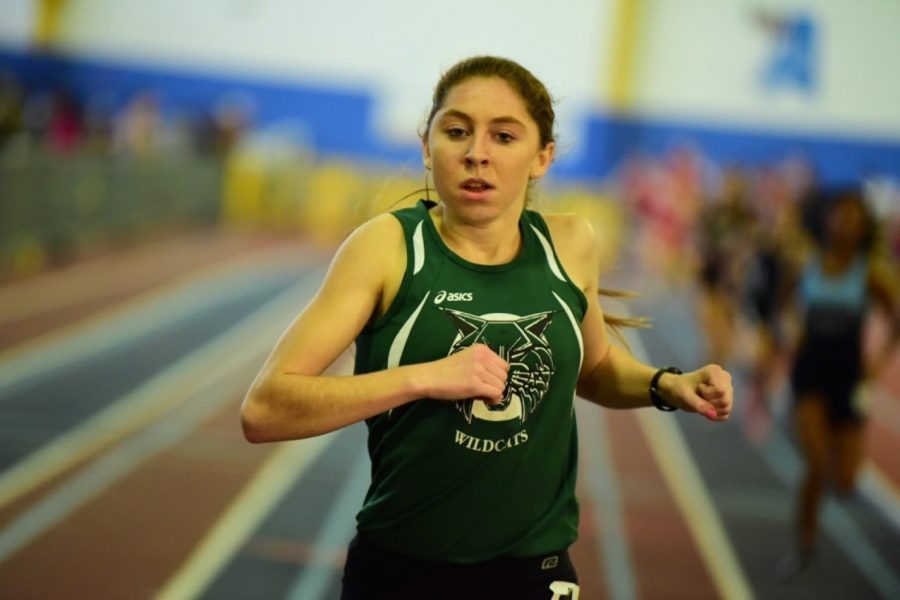 Indoor track excelled on Tuesday, January 30 at the 2018 Montgomery County Championships. WJ finished first in five events and 15 other runners finished in the top 10 for their races. WJ girls finished second overall, behind Northwest High School, and the WJ boys finished tenth overall.

Senior captain and long distance runner Abigail Green accomplished a feat at the county championships that most runners can only dream of, winning the 800 meter, 1600 meter and 3200 meter races.

“I was really excited about winning all three events in one night. It’s a huge honor and I’m happy I could start my last indoor track postseason on such a high note,” Green said.

The elusive “distance triple” is extremely hard to win because running all three long distance races can force fatigue on a runner. Despite being exhausted, Green felt strong and decided to give it her all during her victory in the 800 meter event.

“I ran the 1600, then the 3200 and then the 800. There wasn’t a lot of rest between the three events, making it a difficult meet,” Green explained. “I didn’t have high expectations for the 800 because my legs were already tired from the previous two events, but I’ve been doing speed work and felt good during the race.”

Not only did Green win the distance triple, but she also set two county championship meet records, for the 1600 meter and 3200 meter run.

“Getting the meet records for the 1600 and 3200 was also on my mind, so I’m really excited to have also set those records before I graduated,” Green said.

Of course, the whole team was excited and happy for Green.

“My teammates were really excited. Our 4×800 relay team won earlier in the day, so we were proud to have swept all of our events,” Green said. “Our team was also really happy to have taken second place overall.”

After months and even years of hard work for some members of the team, indoor track took the Montgomery County Championships by storm, led by the astonishing accomplishments of Green.