Bocce’s season comes to a close 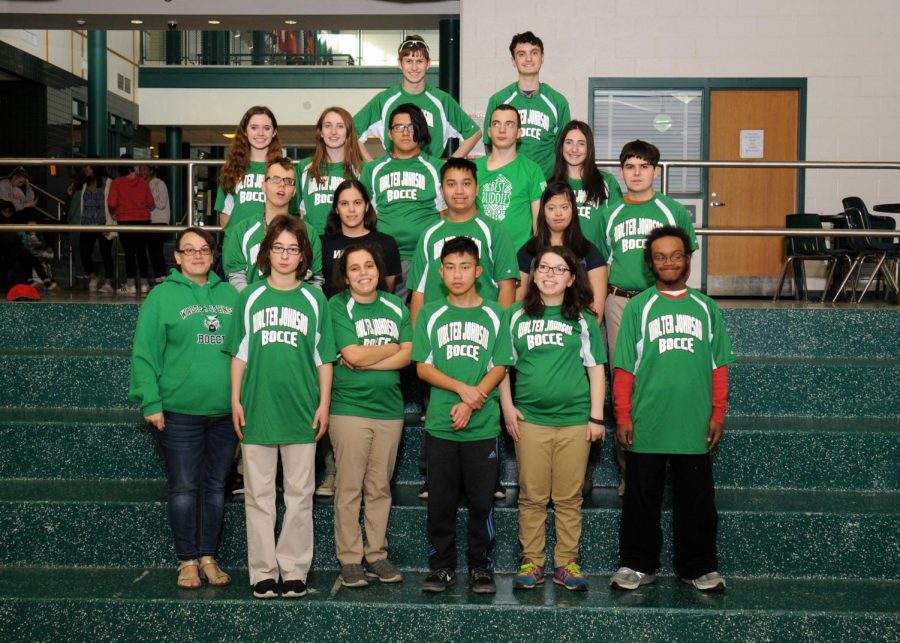 The official Bocce team for the 2017-2018 season. Photo Courtesy of Lifetouch.

Bocce went to divisionals Saturday, February 3 and lost against BCC on their home turf.

WJ won the first frame with three points, but lost every frame after that. BCC ended up beating WJ 9-3 in the three frames, with a final score of 1-0. This was Bocce’s last game of this season.

Coach Emilia O’Connor was very pleased with her athletes’ performance this season.

“I saw some great individual improvement in their skill at aiming and controlling their throws,” O’Connor said. “For next season I would hope we can improve on strategic choices for throws based off changes in the games and increasing individual skills on variations of throws for different situations.”

Bocce’s record this season was 0-6. However, each losing game gives time for the bocce players to build their skills and encouragement. WJ showed support by cheering each other on during every game, as well as supporting each other in practices. O’Connor added that the bocce ball team this year is a versatile group of athletes.

“We generally know how to play to our strengths, but when a game takes you away from those strengths, how do you adjust and improve? [That] is what we can work on,” O’Connor said.

Freshman Bridget Fannon also commented about the comradery of the team and the adversity that bocce faced.

“We played really well; the other teams were more experienced and had more players so I think that we did the best that we could,” Fannon said.

Bocce plans to conclude the season with a celebration honoring all of the athletes.