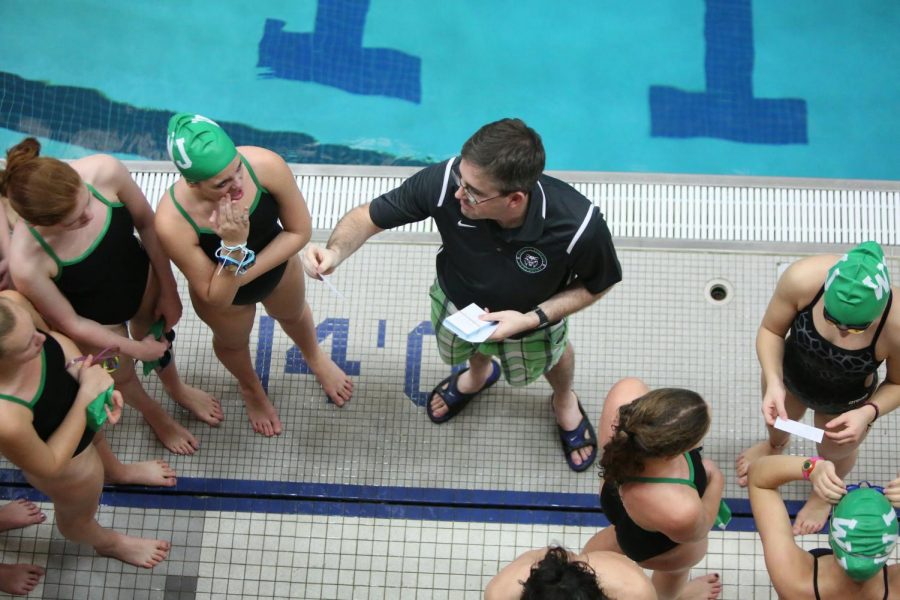 Both girls’ and boys’ swim and dive finished 3rd in states on February 24.  Sherwood High School finished first for the girls with 339 points, Montgomery Blair High School finished second with 254 points and WJ was behind them with 215 points.  Churchill came in first for the boys with 255 points, Richard Montgomery came in second with 230 points and WJ narrowly edged out Whitman for third, scoring 202 points to Whitman’s 200 points.

“I honestly didn’t think we would place top three in states since this year BCC and Churchill have been so close to us, so third was really exciting,” Benson said.

The girls will lose some key seniors from this year’s group, but the team will still bring back a solid nucleus with Benson and Drill leading the way.

“I think we’ll do well next year, especially if the incoming freshman are good,” Benson said.

For the boys, finishing third put an exclamation point on their bounce back season after last year’s winless season.  Junior Timmy Ellett continued his standout season, leading the way for the Wildcats once again. Ellett won the 200 individual medley, (an event where a swimmer swims all the strokes in one race), with a time 1:52.11.  Ellett was over two seconds ahead of the next best finisher, and broke his own Maryland state record from last year. Ellett also did well in the 500 freestyle, as he finished third with a time of 4:42.10. Senior Connor Demitz closed out his high school swimming career strong, placing fourth in the 50 free and third in the 100 free with times of 21.85 and 47.11, respectively.  Freshman Henry Bagshaw did well in his first states meet, finishing fifth overall in the 100 breaststroke with a time of 1:00.31. Beyond individual events, the boys also swam fast in the 200 freestyle relay, finishing with a time of 1:27.49, good enough for a third place finish. The relay team comprised of Ellett, Demitz, freshman Jorge Otaiza and junior Sean Keller.

“We knew we had a good shot at getting top three at states, but we had to finish strong and we did,” Ellett said.

Ellett believes the team can improve on this season’s success, to achieve even more next year.

“Next year, I hope we continue this positive momentum and place even higher at metros and states,” Ellett said.