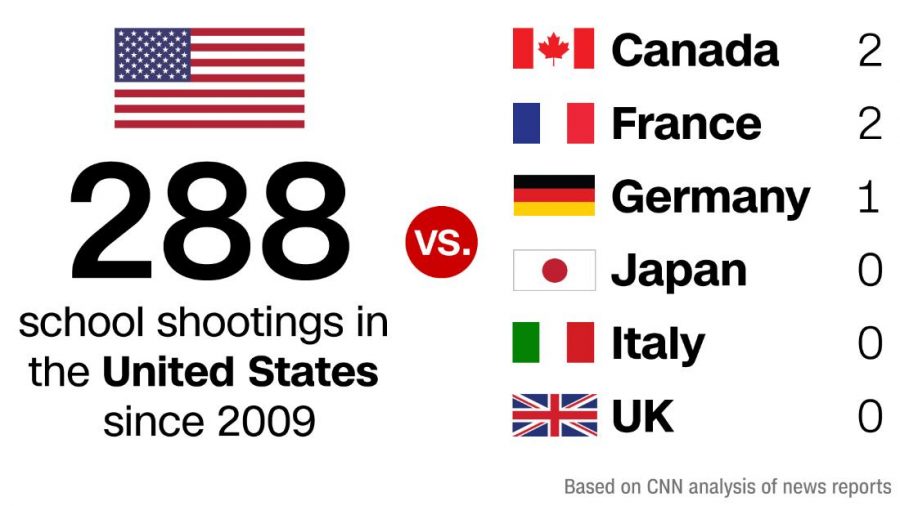 School shootings are becoming more and more common in the United States. With each atrocity, the public’s senses are numbed and nullified, until the point where we will be oblivious to the suffering around us.

On December 14, 2012, Adam Lanza fatally killed 20 students and six staff members at Sandy Hook Elementary School. At the time of the shooting, I was in fourth grade. When I first heard the news of the massacre I was shocked, sickened, even scared. I shuddered to think of what might possess a human to commit such an atrocity.

In the seven years since Sandy Hook, America has borne witness to several mass shootings; Orlando, Las Vegas and Marjory Stoneman Douglas High School are a few that come to mind. In the immediate aftermath of these tragedies, we spend time mourning the victims, before we lose interest, causing us to flit away until our unified commiserations are once more required. But some people still suffer with the unimaginable grief which accompanies the death of a loved one.

In the wake of his six-year-old daughter Avielle’s death, neuroscientist Jeremy Richman sought to answer the question: Why would someone walk into a school and kill his child?

Richman and his wife, Jennifer Hensel created The Avielle Foundation, an organization devoted to researching mental disorders and violence prevention. According to the foundation, Richman was “a champion father, husband and neuroscientist.” As a result, his suicide on March 25 was all the more jarring for those around him.

Nearly a decade after Sandy Hook, and Richman was still suffering from the trauma of losing his child. Yet most of us have never felt the same agony as Richman.

The Stoneman Douglas shooting was met with mass outrage. Horror coursed through the nation’s veins, and for a few months, the gun control movement was one of the strongest and most furious we have ever had the privilege of witnessing.

But only for a few months. The drive for change limply fell out of the realm of mainstream coverage. A few have remain committed, but others have allowed their interest to fizzle out. They have other things to focus on. Their jobs, their families, the next election, Gronk’s retirement. I hear there’ll be recession in the next few years. There’s a new Mexican restaurant that’s supposed to be good.

And that is a glaring problem. We have been bludgeoned over the head by tragedy after tragedy, and we have started to lose our sensitivity. We are unable to take enough time to ruminate over the latest shooter with mental problems who shot up a school. We may offer our sympathies, but with every atrocity, they become more and more hollow. We are heading down a road of inexorable detachment from the mindless violence around us.