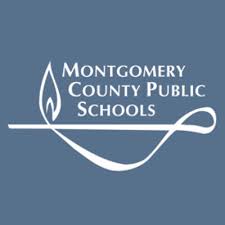 MCPS faces similar questions about standardized testing late in the year once again. Many believe the system needs reform, and these recent issues strengthen that argument.

Montgomery County Planning has released an exciting new program called Thrive Montgomery 2050 that devises a way to ensure growth in the county’s future. The plan was approved by the planning board in January, and has three main goals: Economic Health, Community Equity and Environmental Resilience. For all this elaborate plan claims to be, many still aren’t aware of Thrive Montgomery 2050 and what it is trying to achieve over the next 30 years.  Montgomery County is a great place to live, but with this new plan in place, it will be a county that is able to “enjoy a high quality of life in a beautiful and resilient environment.”

AP, PARCC, HSA and ELA testing are a normal part of the MCPS school year, but never in the past have the tests been so time consuming. Two sessions of ELA 10 testing have gone askew due to technological problems, lack of room for test takers and time constraints. More than 100 sophomores have missed a total of five and a half hours of school due to these failed attempts. Just when it was starting to cause confusion, WJ Administration came up with a new plan to fix these issues. As a final effort of finishing the state required exam, new schedules have been distributed that spread out the number of students testing on three separate days. This way, there is enough room, time constraints won’t be as big of an issue with smaller groups and the fewer amount of people trying to gain access to the test will most likely reduce technological issues.

The Walter Johnson annual academic awards are a celebratory night of hard working students and teachers at Walter Johnson, acknowledged for their academic/extracurricular excellence, or impact towards the school.This year, the awards were held on Monday, May 20 at 7 p.m. in the auditorium.

The night began with SGA handing out awards to their most appreciated teachers. Once this is done, the student certifications began. Many awards were given out to a variety of students, each highlighting that student’s strongest attributes. These awards are presented  by teachers and guest speakers who come out to deliver the awards personally.

“It was really exciting and motivating. Since I was recognized, I’m going to continue to work hard and maintain my success,” junior Jacqueline Moss said.

The annual Paul and Celine Silver 5K is approaching quickly, an event with many connections to the WJ community. The event is held in honor of scientists Paul and Celine Silver, who accomplished so much in their fields before a tragic car crash on August 7, 2009. In addition to the 5K, the Paul G Silver award is given every year to a WJ student who displays excellence in music/jazz, and the Celine M. Silver award is given for excellence in academics, art and athletics. All proceeds from the event go towards scholarship awards given to WJ and the Mote Marine lab for deserving students. This year’s race is scheduled for Sunday, June 9 at 8:30 AM.