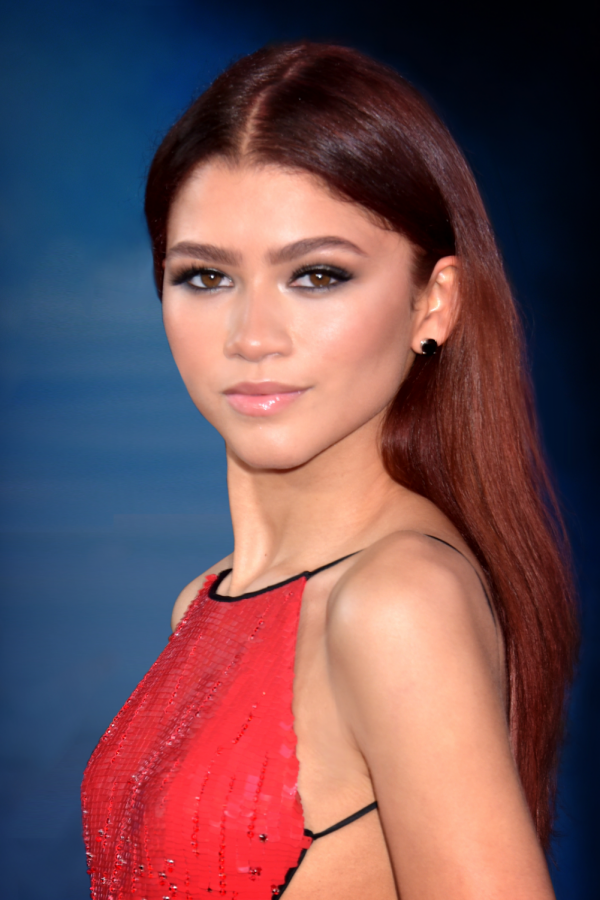 Before the Sunday night premiere, Zendaya took to Instagram to warn her fans about the graphic scenes of Euphoria. She wanted to give a disclaimer that this show was different from Disney and everything she had done in the past.

HBO aired a controversial series over the summer called Euphoria. The show includes an abundance of sensitive topics such as drug addiction, unhealthy relationships, and rape. The show stars Zendaya and revolves around her character Rue, a drug addict, and the corrupt town she lives in. The show shares the brutal reality of what growing up in Gen Z can be like.

Zendaya made a quick transition from the light hearted Disney show, K.C. Undercover to the more serious themes of Euphoria, but it is actually on par for past Disney stars. Miley Cyrus broke out of her family friendly tendencies with her controversial album Bangerz, which included explicit language and references to drug use. Selena Gomez also followed suit when she starred in the movie Spring Breakers.

Euphoria stood out to many people with unique characters, creative cinematography, and graphic scenes. One detail that really caught peoples’ eye was inclusion of a transgender main character, Jules. Not only was the character in the show transgender, but the actress was as well.

“I think it made the show even better. It is always nice to see a transgender getting a lead role of such an amazing show. I liked how they didn’t focus on the fact that she was transgender, they just mention it and moved on. They didn’t try and make it more or revolve her character around that,” junior Abby Matson said.

“The character Jules had a lot of impact on many viewers. Her struggle was so open that viewers were easily able to relate to her. Her character also brought a lot of attention to problems trans-people face, like harassment and being accepted by their peers. The show needed a character like Jules,” Pasard said.

The show also included cinematography that made the watchers feel like they were in the show with Rue (Zendaya). Producers used a rotating room and flashing colored lights to demonstrate the highs and the lows of drug use. During the rotating room scene, writer Sam Levinosn strapped the extras to the floor so it looked like they were defying the laws of gravity. However, Zendaya had to walk all over the walls.

“The spinning room scene was one of my favorite scenes in the show. It was so cool to watch all the background characters stay completely still, and then Zendaya walking all over the walls,” freshman Leyla Orellana said.

One question viewers found themselves asking is whether or not this show has any sense of reality compared to high school in real life. The show suggests that high school is filled with kids addicted to drugs, and that the party culture is out of control.

“The show focuses a lot on violence and drug abuse which is not a major issue at WJ. Also the teens in the show dress a lot different than how typical high school students do,” senior Morgan Peterson said.

Sam Levinson made it clear that he never wanted to diminish the graphic scenes, and give in to sensitivity. This caused some WJ students to think that the show was lost some of it’s key ideas due to over the top scenes with drug use and sex.

“The show was a little devalued because I feel like the plot was kind of lost with all the dramatic scenes. If you were someone not watching the show religiously, you would think that the show is strictly about drugs and drugs only, but it is more than at. I think it would of been better if the producers dimmed down some of the scenes so the plot was clearer,” Matson said.

To other WJ students the violent and hard to watch scenes were what made the show so interesting to watch.

“I feel like there aren’t many shows that are as extreme, and deal with a lot of real world problems such as domesticated violence and drug abuse. The extreme lengths that the creators took made the show more impactful to the viewer,” Pasard said.

Euphoria was the show of the summer that impacted many people, whether it be through domestic violence, drug abuse or acceptance. HBO has renewed this dramatic series for a second season, but has not released a date on when it plans to premiere.

Before the Sunday night premiere, Zendaya took to Instagram to warn her fans about the graphic scenes of Euphoria. She wanted to give a disclaimer that this show was different from Disney and everything she had done in the past.