Not your average school lunch 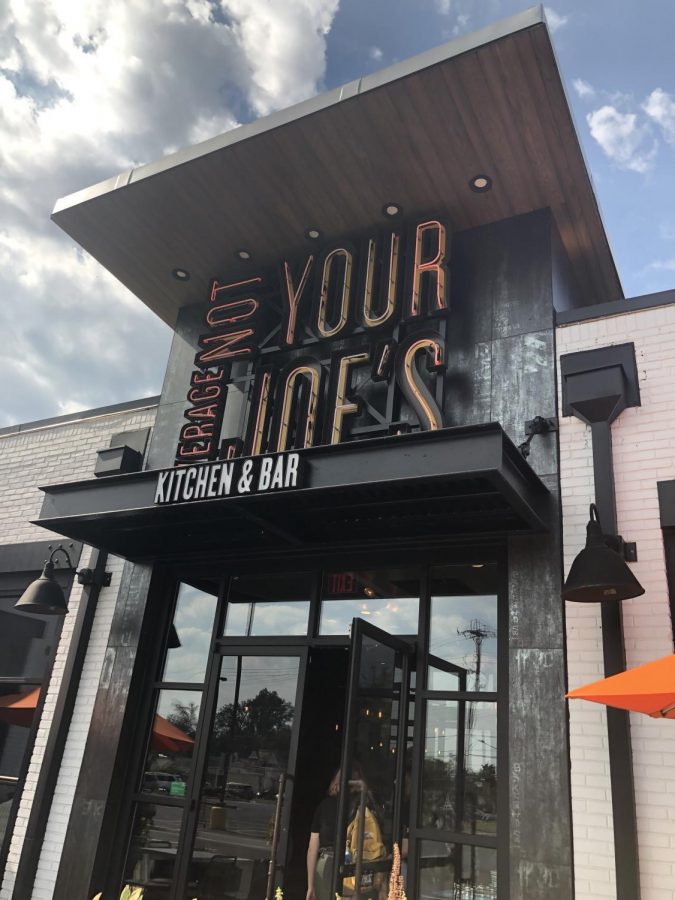 Shortly after Not Your Average Joe's in G-Square launched a new food option, students can be seen entering it during lunch.

Walter Johnson students who like to venture out for lunch have a new choice. Not Your Average Joe’s, a restaurant in G-Square, has announced a lunch option for WJ students.

There are four different meal options, which will be packed to go: a burger with fries, chicken tenders with BBQ sauce and fries, buffalo chicken wings and cheese or pepperoni flatbread. All options will be served with a Coke or Diet Coke, unless there are dietary restrictions. There will be no substitutions.

Junior Leo Bourke is excited by the prospect of “high quality food with its biggest obstacle–price–removed.”

The idea came about because the restaurant’s patio is always used by WJ students, Weinstein said. He and his team decided to provide students with some options.

Not Your Average Joe’s had a trial for the program on Monday, September 23. Weinstein considered it a success, with 10 or 11 students buying lunch.

Weinstein expects there to be large demand for the lunch. The restaurant will try to push out the boxed meals as quickly as they possibly can.

However, Weinstein said they are still in the “early stages” of promoting the meal options, and only time will tell if it is as successful as the other G-Square restaurants.

Junior Malhaar Nair is looking forward to a new option at Not Your Average Joe’s.

“I’m sick of Chipotle and Subway. It’s good to have some more variety…and I need something cheaper,” Nair said.

Nair added that it would be nice to order online; however, that will not readily be available.