WJ should have done more to keep handball team 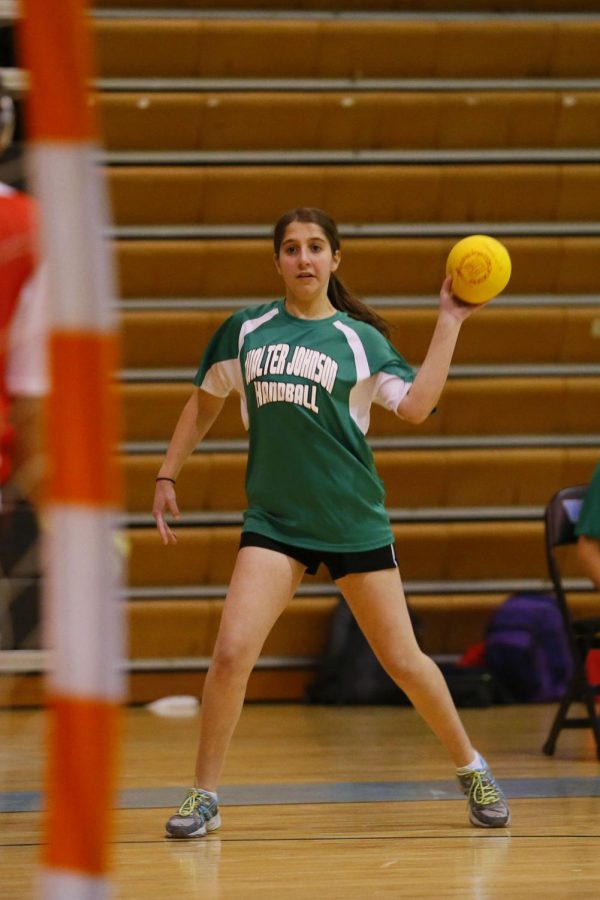 I played handball last year and scored my first goals ever. I was dissapointed to hear that the team did not assemble for my senior season.

Many students may not be aware that until this school year, WJ had a coed varsity handball team. Handball was my first ever experience playing an organized sport on a team before, so when I found out there wouldn’t be a team this year I was completely heartbroken.

I received an email during the first week of school from coach Kimberly Reif to say that she would not be our coach this season, but had lined up a coach to run the team. The coach was going to be Churchill special education teacher Stephen Sutherland. Sutherland has coached handball at another school and is the WJ varsity baseball coach. However, staff members did not do anything to promote a team to the student body and there wasn’t enough interest from previous players to organize a team.

I am disappointed in the lack of action staff members took in attempting to recruit a team. Besides sending an email to last year’s team to gauge interest, there were no announcements and no flyers to promote the team.

Personally, I’m good at recruiting people to come to events. I do that all the time in my B’nai Israel chapter board positions. If I had known there had been an issue in recruiting students to form a team, I would have worked tirelessly to help.

Handball is the exact opposite of every other varsity sport at WJ. The handball season begins after the school year starts. Tryouts are usually the second to third week of school, but everyone makes the team. Also, there are practices only two days a week. For the last two years, handball has not participated in the Fall Pep Rally because the team hasn’t fully been formed. The crowd at our games consists mainly of mainly parents.

One of my favorite memories is scoring my first ever goal. I take multiple shots on goal every game, but they never usually go in. Except, that is, for one of them in our game against Wootton. It was late in the second half, WJ had pretty much lost the game. The Wootton goalie was huge and took up most of the goal. I got the ball and threw it high in the air. The ball came down and snuck into the top left corner of the goal behind the goalie. There was a loud cheer from my teammates and the crowd. When I ran back down to the court to reset, the Wootton coach complimented me on my goal. It felt good to finally contribute to the team in another way besides defensive plays.

Handball was the way I connected to school spirit and clubs. It was an opportunity for me to try something new and another way I stepped out of my comfort zone. I’m really sad that there is no team this year because I didn’t apply for certain leadership positions in my youth group because I didn’t want to overbook myself.