China: A great danger for an ignorant world 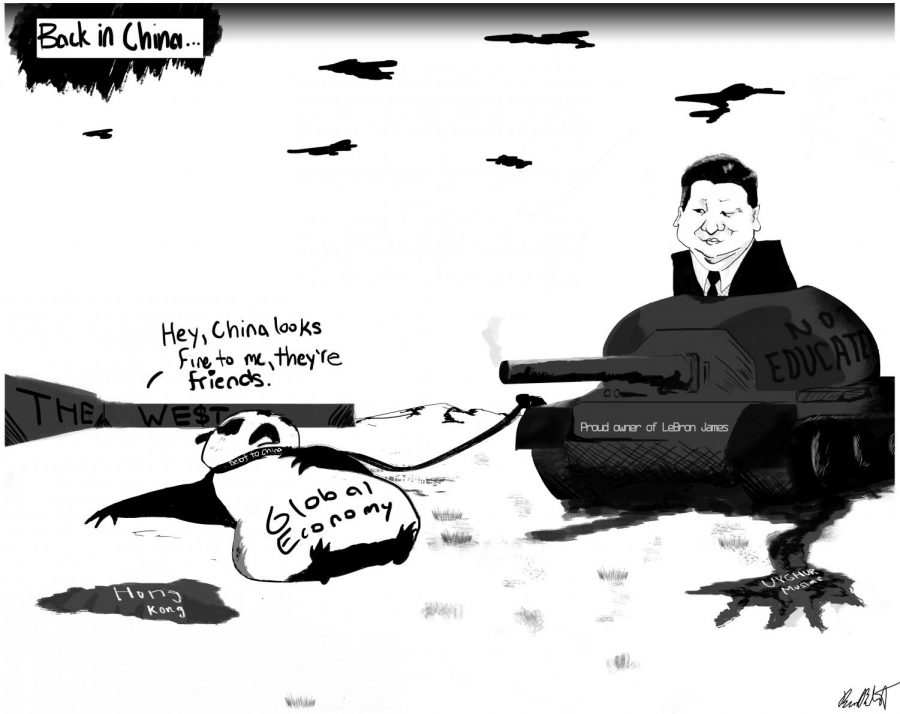 It’s increasingly concerning how few people are aware of what is going on in China in regards to their government’s policies, the Uyghur Muslims and, of course, Hong Kong. The sleeping dragon has clawed its way into the roots of the world, and in our ignorance, we are all the worse for it.

It’s not an understatement to say very few know about China’s actions, and even fewer have an opinion on them. Since 1976, the Chinese government has been on a seemingly invisible warpath, carving their way into the hearts of global governments and economies alike. In just five decades, they’ve engineered complete control over national news and media, and by extension, the entire population. While we may complain about the excessive patriotism Americans exhibit (like reciting the Pledge of Allegiance), it pales in comparison to what the Chinese show.

Since the explosive protests and riots that began in Hong Kong in late March, reports have surfaced stating that Chinese citizens have been seen attacking any Hongkonger they suspect to be undermining the Chinese government, in broad daylight no less. Hong Kong police, many of whom have been outsourced and brainwashed by the Chinese government as well, have been condemned by various organizations around the world for human rights violations. Police brutality has been an increasingly hot and “woke” topic for years in the U.S., yet people seem to be ignorant of the savagery the Chinese police are capable of. You’d be hard pressed to find a student in WJ who even knows why the Hong Kong people are revolting. Regardless of the validity of the Hong Kong protests, this apathy for the suffering of thousands feels like the death throes of the American ideals of freedom and justice we tout so proudly.

Back in their homeland, Chinese citizens have been encouraged to harass and report religious minorities like the Uyghur muslims. These Uyghurs, who are both a religious and ethnic minority—despite numbering around 11 million—have endured torture, brainwashing and medical experimentation in the Xinjiang concentration camps. In China, what is effectively a modern-day Holocaust is happening at this moment, and yet we still carry on, completely unaware of the suffering millions are enduring every day. China has become a near perfect version of Nazi Germany\; they’ve succesfully managed to completely undermine an ethnic group’s human rights without fear for global repercusions. Despite this, the world does nothing, and China’s power continues to grow unobstructed. If left unchecked, it’s not unreasonable to assume that within a few decades, China will usurp the U.S. and become the dominant world power.

Since China’s cultural revolution, its leaders have steered the nation on the path of economic dominance. By spreading their influence throughout foreign economies and governments, they’ve established an impenetrable shield for themselves. The world cannot act against China, lest they wish to engage in a trade war they surely cannot win. In 2021, it’s expected that the Social Credit System will be able to influence foreign businesses, meaning even American companies will have to abide by the credit system when conducting trade with China. It’ll take years upon years to dismantle the vice the Chinese government has on the world, even if we started now. I’m not asking that we completely abstain from buying Chinese made products and attempt to rip them out from our lives, root and stem, but we at least can be knowledgeable and aware of the struggles our fellow human beings are facing across the other side of the world. As LeBron James once said, “Injustice anywhere is a threat to justice everywhere. Our lives begin to end the day we become silent about things that matter.”