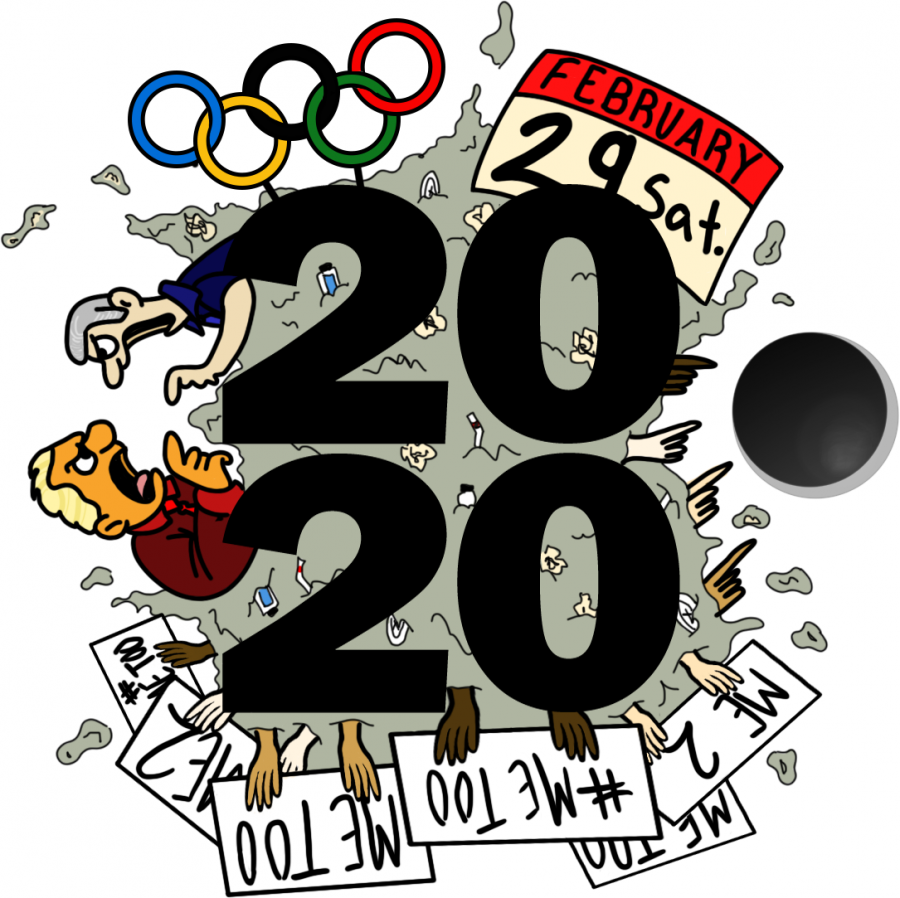 Upcoming events in 2020 include; the presidential election, the Olympics in Tokyo, and a total solar eclipse.

As the Zombies once sang, “this will be our year.” While this was originally sung in 1968, the sentiment has seemed to hold true as a comforting, yet false, promise year after year. In recent years, this quote may have become more of a joke than anything as modern times seem to disprove that “our year” will ever come.

However, the hope of a bright and prosperous 2020 has overshadowed past disappointing years. Perhaps it is the start of a new decade or a generational shift, but many optimists have taken to the internet to share the hope of a bright, successful and somewhat redeeming year.

“Although the first few days of 2020 havent been promising, I hope that in the next decade the world is going to be able to get past its superficial differences and become unified,” junior Sophia Lynch said.

These include advancements in commercial space travel and self driving cars as well as Japan’s ambitious plan to complete a robotic lunar outpost in 2020. The outpost will be built entirely by robots for robots. More mundane technology will continue developing such as new 5G technology and WiFi 6 which will be able to download media three times faster than the current WiFi 5.

There will also be many greatly anticipated events such as the presidential election and the Olympics in Tokyo. Needless to say, there will be something for everyone to look forward to or at least expect in 2020.

“I’m really looking forward to the election. I think we could all benefit from a change in leadership especially with all the political problems that have become a threat to millions of people all over the world,” sophomore Ella Nilsen said.

Now a days with the internet being an ever present source of information and discussion, popular sites such as Twitter and Reddit have gathered people from all walks of life to come together to exchange views on the new year. However, the internet also brings about a darker side to the upcoming year. With Generation Z’s meme culture and dark humor overshadowing much of the positivity of the new year, any hope of a decadal change is slowly dwindling.

“I feel like just because it’s a new decade isn’t going to change anything. War and climate change don’t care if its a new year, so it’s really up to us to do something about it and I don’t see anyone doing anything. I don’t think that change has anything to do with it being 2020 or not,” sophomore Kalkidan Jemere said.

Jokes and memes including ones referencing current political tensions and climate struggles dominate much of what the younger population sees on the internet. Whether it is this or simply Generation Z’s naturally cynical attitude that is bringing about a harsh change in new year aspirations is difficult to determine.