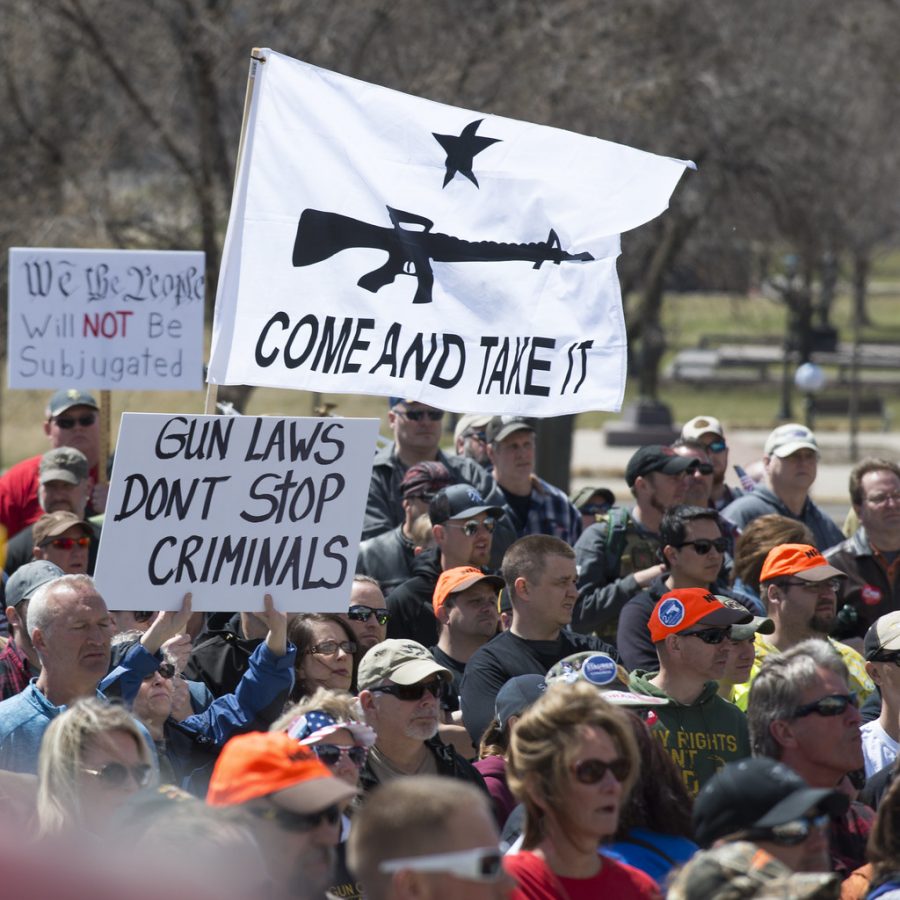 Protesters hold up signs in reaction to a law proposed in the Virginia Senate. Gun rights activists call the law a "Unconstitutional gun grab".

Approximately 22,000 people from all over the states attended the Virginia gun rights rally on Monday, January 20. Many protesters came armed with rifles, pistols and shields to a rally that was expected to turn violent; however, the rally ended peacefully.

“We want to show an example to everyone else…[t]his is how you protest peacefully,” Elyas Christley said.

The streets in Richmond were left spotless after the protest. No trash or litter was anywhere to be found as protesters decided to take advantage of their numbers and put it to good by cleaning up the streets after the rally. People from all over the states were there helping out.

Parker and many others drove hours to get to Richmond to show not only Virginia but the whole country their views on gun control.

However, the Virginia Democrats ignored the protesters and went ahead with new gun control legislation.

“Each legislator that votes in favor of this bill in my opinion is a traitor to Virginia, a traitor to the Second Amendment and a traitor to our constitutional freedoms,” Virginia Senator Amanda F. Chase said.

The rally was organized in retaliation to a “red flag” law proposed in the Virginia Senate. The bill would allow for guns to be taken from citizens for 14 days if probable cause is found to believe someone is a danger to themselves or others if they have a gun. A judge or magistrate must issue the “emergency substantial risk order” after an investigation and at the request of a commonwealth’s attorney or two police officers who submit an affidavit. After the 14 days, a hearing is held and the judge can extend the ban to 180 days if there is clear and convincing evidence that the person is still dangerous with a gun.

“We are headed in a positive direction with this legislation, which will protect lives and reduce violence in Virginia,” Virginia state senator George Barker said.

The law was passed 21-19 with only Democrats voting for it and Republicans voting against it. The debate was intense with Democrat Janet Howell left “deeply offended” and threatening to file a formal complaint.

The bill is now going to the Virginia House of Delegates where it will be debated and if approved go on to the Virginia governor. The Democrats control the Virginia House of Delegates and the governor is a Democrat, meaning the bill has a high chance of being passed. With more and more gun control laws comes stronger opposition, gun owners clearly showed their views when they gathered in front of the State Capitol but are being ignored.