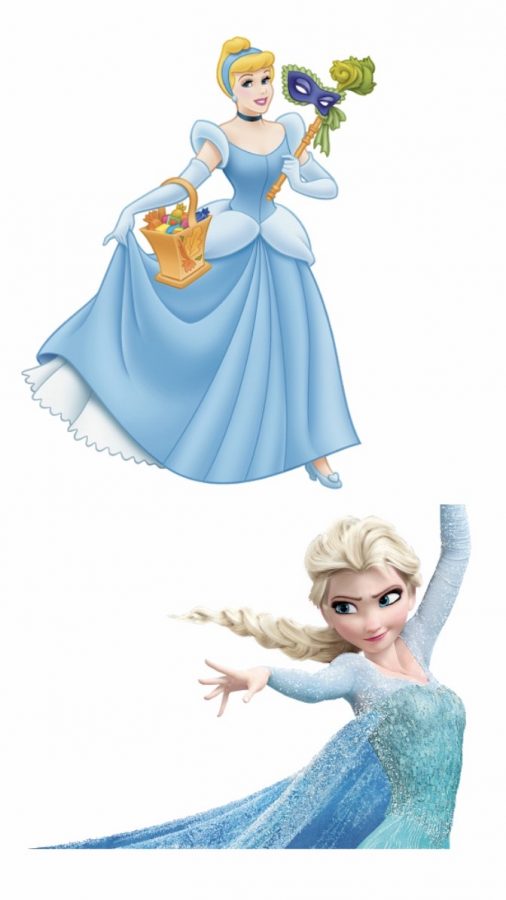 While Cinderella was a submissive woman, Elsa was a queen who saved the entire kingdom. Disney's treatment of women developed over the years to give women more rights.

In most traditional fairy tales, a princess is in trouble, a handsome knight-in-shining-armor comes in and saves the day, kissing the princess before running off to their happily ever after.

Growing up, I watched numerous Disney movies and chick flicks where women were saved by men. Cinderella only left her step-mother because a prince fell in love with her. Rapunzel was freed from the tower because of help from Flynn Rider. Tiana got her dream restaurant because she fell in love with a prince who bought it for her. All the problems were magically solved whenever a man showed up to save the day. Ariel gave away her whole family for a guy she caught a glimpse of. Pocahontas fought her family for a colonizer. In all romantic Disney movies, princesses had men save them and magically had all their dreams come true.

In recent years, Disney has managed to develop its characters with less misogynistic storylines and more independent females. Brave was about a woman who rejected arranged marriage and instead went on a hunt to save the world. Moana was a woman with a normal waist size, who went on a journey to save her island and didn’t fall for the first male character on the way. She was the Disney superwoman who saved the world all by herself. In Frozen, the producers mocked their romance plots by making Anna and Hans fall in love, before falling out after Anna got to know Kristoff. The producers also made Elsa single, addressing the notion that some women want to fall in love and some want to stay single, and both are worthy positions. Elsa went through the journey of accepting herself the way she was, and she didn’t only save herself, she saved the world. The movies are filled with so many inspiring songs about women showing their true selves and becoming independent, that it is hard to remember they are produced by Disney. Women in fairy tales right now are heroes, warriors, saviors and above all badasses who save the world.