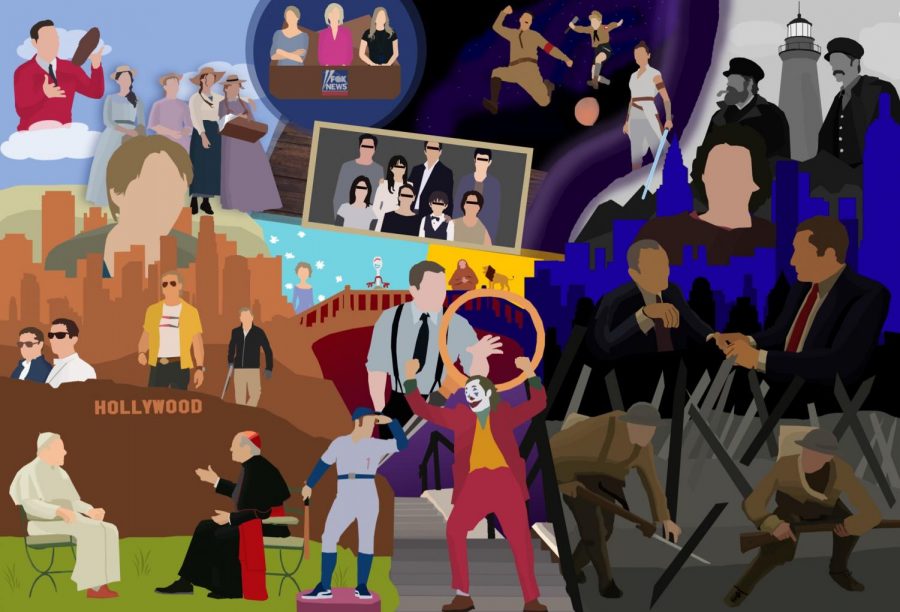 The 2020 Oscars surprised audiences with historical wins. However, we still have a ways to go in terms of diversity.

The Oscars have been marred in controversy for the last couple years, from complaints about whitewashing, to hosts with problematic pasts and the #MeToo movement. This year, The Academy was shaping up to have another unremarkable night full of industry giants sweeping the major categories to the detriment of smaller films, but instead they made history.

Parasite, a South Korean comedy thriller, unexpectedly swept the categories winning Best Director, Best Original Screenplay, Best International Feature Film and Best Picture. This was especially noteworthy because it’s the first foreign language movie to win the prestigious Best Picture Award. Director Bong Joon-ho is the first Asian filmmaker to win all four awards for the same movie and the first Korean filmmaker to be nominated for an Oscar.

“I think this year was really great in terms of diversity in some aspects… A lot of nominees of color won… That being said, it also revealed a lot of discrepancies about the Oscars,” junior Ellie Greenberg said.

Despite this obvious progress, there are still glaring issues with the way The Academy operates. This year, only one actor of color was nominated for a major acting category (Cynthia Erivo for her performance in Harriet), coming just a few years after the ‘#OscarsSoWhite’ controversy of 2016. It’s obvious that The Academy isn’t fully committed to diversity, which is made even more evident by the conspicuous lack of nominated female directors.

“Greta Gerwig is one of the most inspiring and innovative directors of our time, and the fact that she wasn’t nominated for best director really just speaks to all the problems in our society today,” junior Rebecca Bennett said.

Gerwig’s Best Director snub upset many who thought she deserved to be nominated for her highly regarded Little Women adaptation. Unfortunately, the lack of female representation in the directing category is an epidemic, as only five female directors have been nominated in Oscars history. Actress Natalie Portman honored the unrecognized women by embroidering their names on her red carpet look.

The incredible amount of exposure Academy Award winners receive is a great source of power for change. It’s important to be critical viewers of shows like the Oscars, to continue to attempt to alter the status quo and hold the establishment accountable for lack of diversity. The age of social media gives the public a platform to affect change, and we must take advantage of that.