Why gender equality isn’t achieved yet 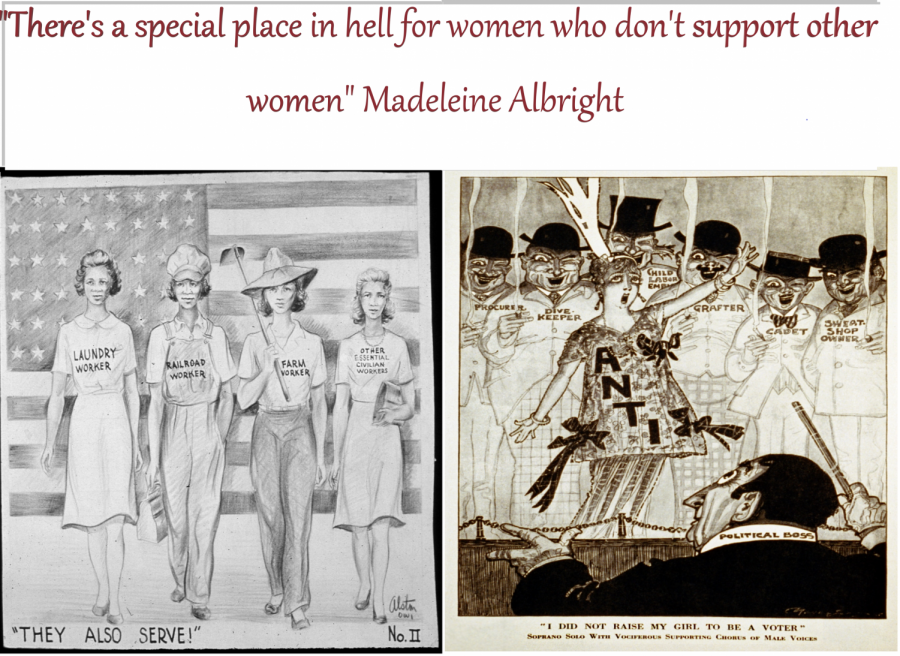 During the first wave of feminism (19th century to early 20th century), multiple organizations (e.g. NAOWS) were formed by women opposing the 19th amendment because they believed women shouldn’t vote. In the 50s and 60s, many women believed their role was to stay home and serve their husbands and children. When states were ratifying the Equal Rights Amendment, anti-feminist Phyllis Schlafly gave out cupcakes and pastries to make legislators vote against it, arguing that men and women being equal took away from benefits enjoyed by women.

In the 2016 presidential election, 47% of white women voted for a candidate who said, “You know, I’m automatically attracted to beautiful — I just start kissing them. It’s like a magnet. Just kiss. I don’t even wait. And when you’re a star, they let you do it. You can do anything. Grab ’em by the pussy. You can do anything.”

Some women believe women are more gentle and nurturing than men, or that women are softer because they judge more by their hearts than their minds. Overall, there’s this pattern of women judging and criticizing other women for things that they should accept and respect them for.

If all women were united under the same goal of respect and acceptance of all women, the feminism movement wouldn’t even exist right now, because it would have achieved its goals a long time ago. As Betty Freidan put it, “Men are not the enemy, but the fellow victims. The real enemy is women’s denigration of themselves.”

The problem is that women aren’t united. The bigger issue is always women who encourage male superiority and agree to men’s outrageous statements under the name of being “traditional,”“religious,” or “how a woman should be”.

As Madeleine Albright says, “There is a special place in hell for women who don’t help other women.” So to all my women out there, make sure you’re always empowering and standing up for each other.