Mocking controversial figures gives them the publicity they crave 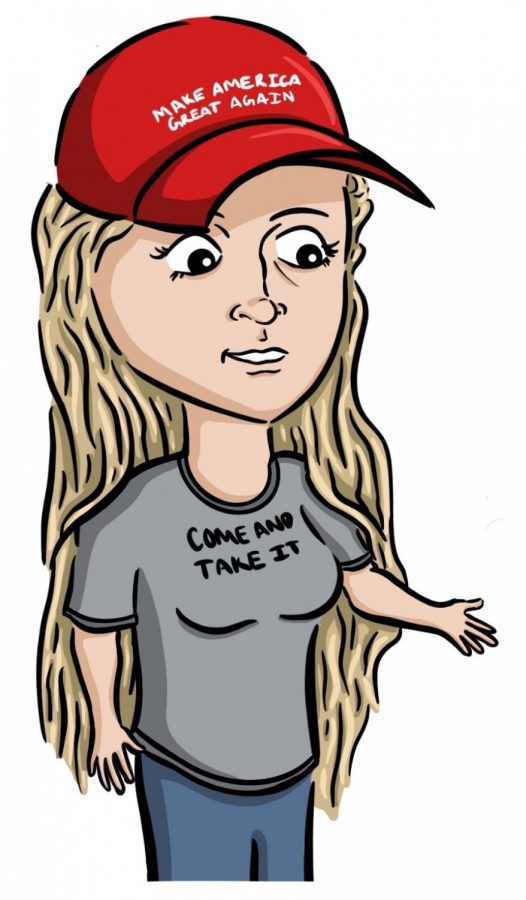 Bennett is aware that her speeches are not well-received, especially by the audiences she directs them towards. On a recent visit to Ohio University, Bennett was met by crowds of student protesters shouting obscenities; throwing water, among other projectiles; and taunting her about an unfortunate incident from her college days that took place at a frat party (see Google if you don’t know what I’m referring to). She knows she is a loathsome creature who cannot be taken seriously and will achieve nothing by making her speech; but by igniting controversy Bennett gets exactly what she wants: attention.

“People only know who I am because of leftists who have been giving me free promotion for two years now… Congrats, you played yourselves!”

Any publicity is good publicity, and figures like Bennett, President Donald Trump and conservative commentator Alex Jones are living examples of this. They know they are hated. They know people waste their time on social media creating memes that mock them. And they love it.

These figures formulate their speeches and internet content for the primary purpose of provoking outrage. Jones has made downright outrageous claims. Among his most infamous are that the Sandy Hook shooting was staged, that the government has “weather weapons” and that chemicals in the water are “TURNING THE FREAKIN’ FROGS GAY!”

These claims aren’t factually backed and Jones is basically asking to be made fun of, but that’s the whole point. Many people would have no idea who he is if it weren’t for all the controversy he generates.

I can guarantee you that of Trump’s over 74 million Twitter followers, a large amount of them aren’t his real supporters. They are spectators, watching and waiting for his next slipup. His most popular tweets and speeches are the most heavily contested or ‘memed’ ones.

Everyone has seen the memes and TikToks mocking the President’s bad spray tan or typos like the infamous “covfefe.” The question is, what does this accomplish?

Making fun of Trump for looking rather similar to a citrus fruit or telling Bennett to put on a diaper doesn’t neutralize their incredibly racist and homophobic comments. It fuels the fire and only encourages them to become louder. These are prime examples of ad hominem and anyone who has taken AP Lang knows this is ineffective.

People on both ends of the political spectrum are equally guilty of this. People who attack presidential candidate Senator Bernie Sanders by calling him “commie.” Sure, his socialist ideals are undoubtedly concerning, but simply calling him that and not addressing why he is problematic just makes you look like an uneducated fool.

How should we approach controversial figures, then? Spread your own message. Advocate for change without putting down others. Don’t fight back, don’t mock, but rather be the bigger person and drown out figures like Bennett and Trump.