What will the country look like in four months? 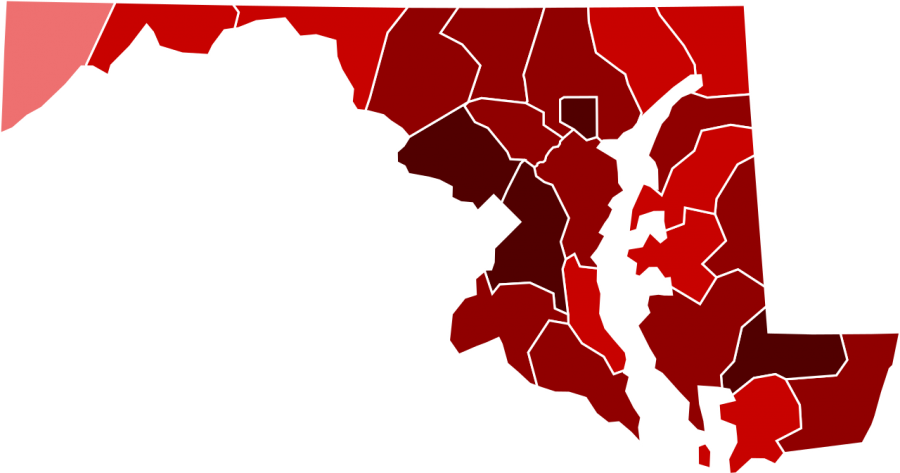 A map depicting the prevalence of COVID-19 by county in Maryland. As the virus spreads across Maryland and the rest of the United States, businesses have to adapt their practices to accommodate social distancing and at-risk individuals.

March 11, 2020: The WHO (World Health Organization) declared COVID-19 a global pandemic. Will America ever be the same again?

The first case in the US, which was found in January of 2020, came from someone in Washington State who had recently been in China.

So far, a vaccine has not been found. The country will not be completely open until one is developed.

Schools and restaurants have been closed for three months so far. Graduating seniors missed out on their graduation and will probably never see their classmates again. AP exams have been taken remotely from home while SAT tests have been cancelled and postponed. Everyone is taking classes online and millions of Americans were fired because of the economic state of the country. Only essential workers (fast food employees, healthcare workers, etc) and people who have the privilege of working from home are still employed.

After President Trump declared a national emergency on March 13, the economy reached its lowest point since 2008. Most schools were closed by then, within days of the virus being announced as a global pandemic. Restaurants, recreational areas (amusement parks, trampoline parks, shopping malls), beauty parlors (hair and nail salons, etc.) and most public places were closed as well.

Fast food places such as Chipotle, McDonalds and even regular restaurants quickly adjusted themselves to the new state of the country and reopened for takeout and curbside delivery.

Pike & Rose on Rockville Pike, full of restaurants and fast food, is one main location to which people go for outside food. Some places, like Starbucks, have accepted the new state of things and quickly implemented new measures to minimize social and physical interaction.

It’s nearly impossible now to walk out in  public without seeing every single person wearing a face mask and gloves.

It’s unclear as to what the country will look like two, three, even four months from now. Will there be a vaccine? Will students be back at school? Will the country ever be the same again?