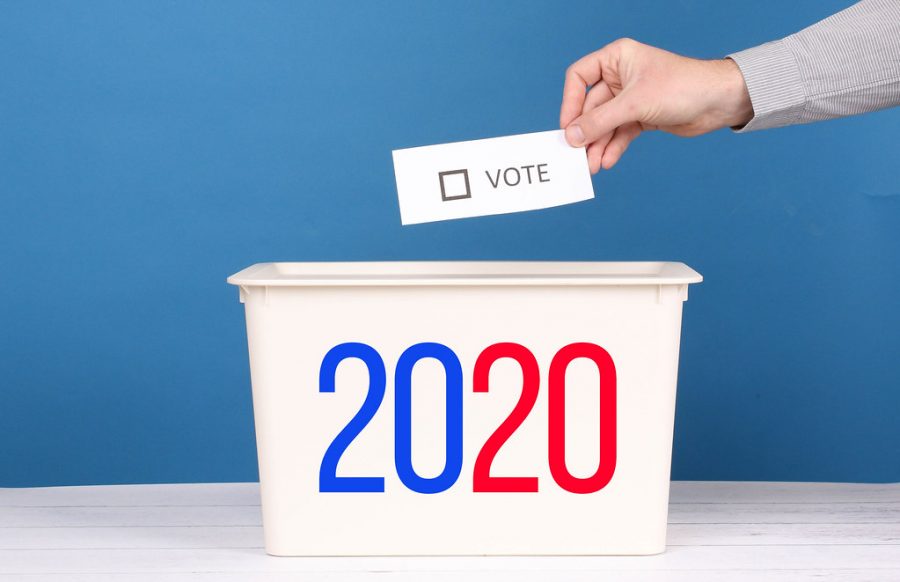 The past few years under President Donald Trump's administration have been an embarrassment for our nation. In order to move forward, young voters must mobilize and participate in the 2020 election.

November 9, 2016. I have such a clear picture of that morning in my head. I was in eighth grade, freshly 14 years old. I had fallen asleep early the night before because it was a school night. My mom came into my room to wake me up and told me the unexpected.

“Oh my god,” is all I remember saying.

That day at school was one of the weirdest, most divisive days I have ever experienced. Although we were young, we were old enough to have formed some opinions by then. People on both sides were fighting with one another and speaking up. I remember one student saying “hail Trump” and saluting. I still shudder with anger when I think about it.

Teachers reassured students that “some of you will be able to vote in 2020” and due to my early birthday, I was one of the lucky few who were able to hold on to the idea that next time around, maybe things will be different.

You all know the absolute sh*tshow that followed in those next four years: Countless allegations of sexual misconduct, children in cages, multiple hurricanes, an impeachment, media attacks, the brink of war, an economic crisis, a pandemic that killed thousands and riots over racial injustice. The list goes on. These are just a few of the countless instances that left many of us questioning, how is this guy in charge?

So that brings us to now. I will be 18 in less than three months and I cast my first-ever primary ballot earlier this June. I can’t say my 14-year-old self envisioned sending in an absentee ballot in the middle of a pandemic, but I think that it is very fitting considering how chaotic the last four years have been.

If you will be of voting age by the general election (Tuesday, November 3, 2020), then MAKE SURE YOU ARE REGISTERED TO VOTE! It should go without saying that voting is the most basic way to participate in democracy. If you aren’t already registered, you can register here. The deadline to register for the general election is October 13, 2020, so you still have time!

If you are not old enough to vote yet or you want to take it a step further, there are so many ways you can mobilize reluctant voters. Due to the current circumstances regarding the pandemic, going door-to-door isn’t a viable option, but now is a great time to start having conversations with your family and friends and encouraging them to vote. The internet is full of opportunities where you can reach people outside your personal network. I plan on spending my summer phone banking and mailing out postcards encouraging those in swing states to “get out the vote!”

Recently, I attended a webinar from Vote Save America (check them out, they have so many great resources!) where LaTosha Brown, co-founder of the Black Voters Matter Fund (another great organization) said, “you cannot lead the people if you don’t love the people.” To me, that means that in order to move forward, in order to create change, in order to be leaders, we need to love those we are leading. We need to recognize the potential in what we can be.

I love my country and I always have. But out of love for the country that has given me so many opportunities, the country that many of my family members have fought to protect, the country that gives me the freedom of speech to write this very article I am writing right now, I recognize that it is deeply flawed. I know we can do better. We cannot allow for a repeat of 2016.

We the people of the United States of America need to do everything in our power to mobilize the electorate so that we can move forward as a nation. Us young people have so much power to inspire change and if we all work together, we can create a better future for ourselves and the generations to come.