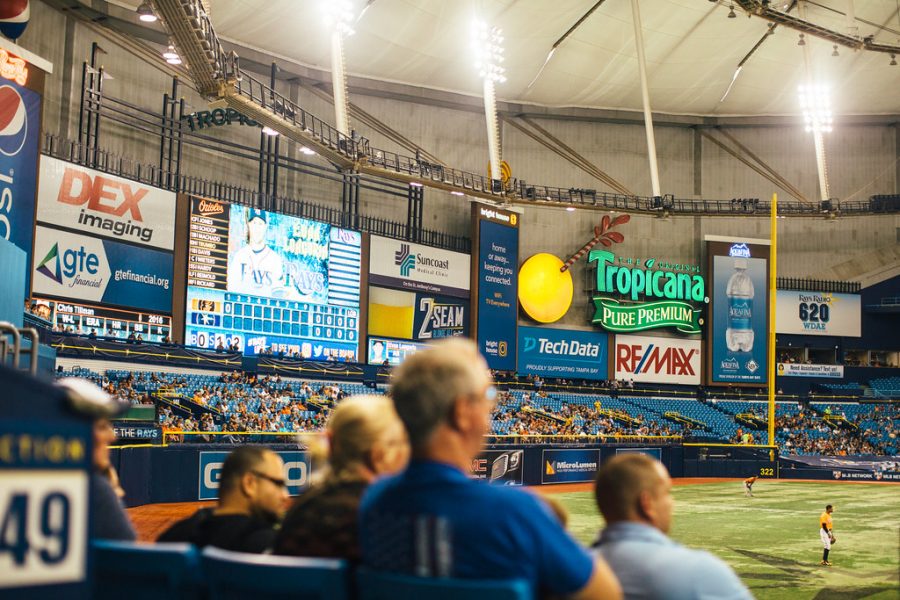 Game 1 of the 2020 World Series began Tuesday night between the Tampa Bay Rays and the Los Angeles Dodgers. These two teams actually have a lot in common in their journey to the Fall Classic. They are the only teams to win over 40 games in the regular season. The Dodgers are trying to win their first World Series since 1988 and the Rays, a team founded in 1998, are trying to win their first title ever. And both teams needed a Game 7 to reach the World Series. But the one major difference is that the Dodgers are outspending the Rays $107.9 million to $28.9 million.

This World Series is a game of “moneyball.” The Dodgers are a star studded group: Mookie Betts, Clayton Kershaw, Cory Seager, Cody Bellinger, Walker Beuhler, Justin Turner and Will Smith. That list includes three MVPs in Betts, Kershaw, and Bellinger. Those three players combined are making $69.5 million in 2020, more than the entire payroll of the Rays. Consider too that Betts is in the first year of a $365 million dollar deal with the Dodgers. Meanwhile on the other end, the Rays don’t have a lot of stars. Are they a dominant team? For sure, but I can’t compile a list of names like that of the Dodgers. Ji-man Choi, Brandon Lowe, Mike Brousseau, Austin Meadows, Kevin Kiermiar, Randy Arozarena and Manual Margot. All those guys are great players, but how many of them did you already know?

The 2020 MLB season was unprecedented for so many reasons. It was the shortest season ever. They expanded the postseason to include more teams than ever before. It was also a season without fans attending ball parks. But, for the Rays, empty seats are nothing new — it’s normal for Tampa Bay. In 2019, the Rays won 96 games and were one of the best teams in the majors. And yet, they had the second fewest fans come to games in 2019. Prior to this season, Rays ownership actually had begun to explore relocation options — to Montreal, Canada perhaps. The Rays are a small market club with a small fanbase. They can’t afford to sign a Mookie Betts, a Clayton Kershaw, or a Cody Bellinger. But they’ve made it to the biggest stage in baseball. Their manager, Kevin Cash, is an innovator, coming up with the “opener”, and their front office is for sure on the forefront of analytics. They have made a World Series team while spending less money than the woeful Tigers, Red Sox, Rangers and Angels.

The Dodgers are in essence a dream team. They have the best pitching and hitting in the MLB. They’ve won three out of the last four NL pennants. Anything less than a title at this point just seems like a failure. The Rays, however, weren’t supposed to be here. It was supposed to be Dodgers vs Yankees, Los Angeles vs New York, $107.9 million vs $109.4 million. But the Rays scrapped their way through the season, winning the division, and then beating the Yankees in the playoffs. They’re backed by an elite bullpen and by power hitting, but they’re underdogs. Can they overcome the $80 million disparity between them and the Dodgers? The 2020 World Series puts on full display that baseball is an unfair game, some teams are rich and others are poor. The great equalizer is who wants to win it more.