Why misleading information on social media should be a bigger problem 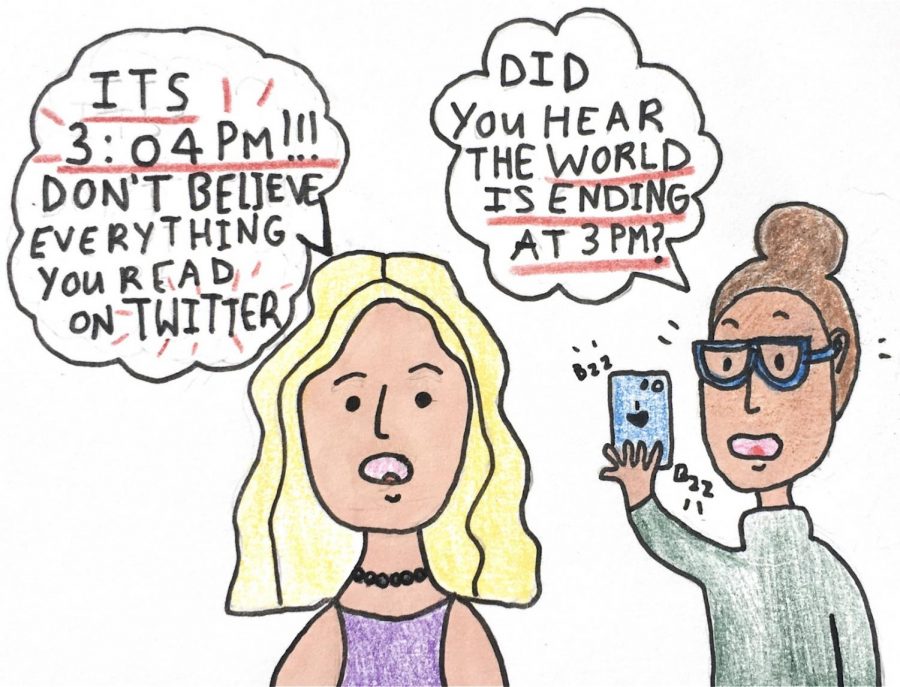 The 21st century has given us so many things that a lot of us couldn’t imagine living without. It’s given us smartphones, streaming apps, online shopping and of course: social media. The 2000’s are the age of social media. It’s totally common to get our news from apps like Twitter and Instagram. It’s great because it keeps us informed on the latest news, but it also gives us unprecedented exposure to fake and misleading information. Anybody can post and distribute false stories, thus making the spread of misinformation a huge problem in our world today.

The conversation about what type of content should be allowed on social media has always been controversial. People can post anything they want, and there isn’t a problem with that. It becomes a problem when it starts to affect other peoples’ lives. Fake news negatively affects peoples’ health, political decisions and ability to separate fact from fiction. There have been many cases of people becoming radicalized after reading misleading articles or watching deceptive videos on social media. Take QAnon for example, a conspiracy theory that more than a million Americans believe in. It claims that a group of Satan-worshiping pedophiles running a global child sex-trafficking ring is plotting against President Donald Trump. People think they can easily differentiate fake news from real news, but in actuality, it’s not that simple. People can create pictures, videos and text that humans can’t tell were artificially created. This is what makes it so dangerous. People think that they’re reading a news article that’s completely accurate, but it’s really a twisted story. This can happen to anyone and it’s horrifying.

We’ve seen a new wave of fake stories on social media due to this pandemic, so many that it’s hard to keep track. There have been posts about how it’s a hoax, how it can be transmitted through 5G and that hydroxychloroquine is a great preventative drug. I mean, the president of the United States posted all sorts of false information on Twitter (and still is despite him actually getting the disease).

The question is now, what can be done to stop the sharing of misinformation? Sure, Twitter just came out with a new feature supposed to block retweets labeled with “misleading information,” but that’s just for the politicians. What about regular peoples’ tweets? That’s where the majority of misinformation comes from. Facebook always talks about how they want to be better with how their app handles deceptive headlines and articles, but they always mess up. The same goes for Instagram, since it’s owned by Facebook, and many other social media outlets. This isn’t a black or white issue; it has a lot of grey area for sure. We can, however, be more mindful of where we read our stories. We have to make sure to always check our sources, and use our common sense. We have to be more careful because, in 2020, we can’t afford to be careless with our news.