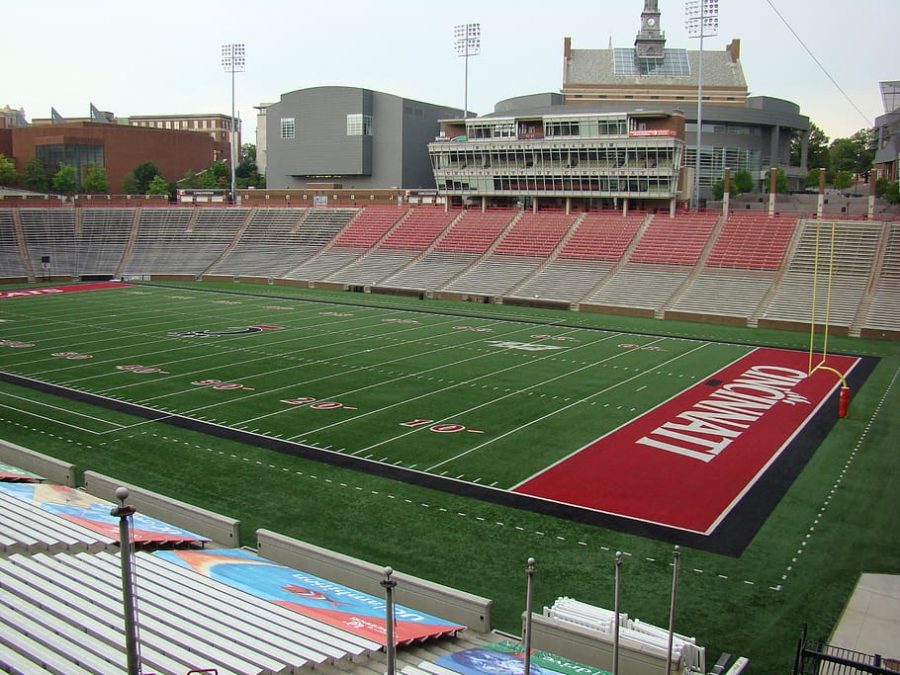 As the college application season continues, Cincinnati hopes to capitalize on a stellar football season. The Bearcats have yet to lose a game and are squarely in the College Football Playoff conversation.

It’s college application season. Trees are changing colors, football is in full swing, and the days are getting shorter. For seniors, this means hours and hours of filling out college applications. There are a ton of factors that lead into a student’s decision to apply to a school. Location, weather, academic prowess, and … how much the sports teams overachieve?

A 2017 Bloomberg study showed that mid-major schools who overachieve in March Madness see around a 30% increase in applications the following year. Long dubbed the “Flutie effect,” university reputation gets a significant bump based off of athletic achievement. The term was coined after Doug Flutie and Boston College completed a last-second hail mary to defeat the Miami Hurricanes.

The Hurricanes were in the midst of a dominant decade, and the game was broadcast nationally. The game took place on the Friday after Thanksgiving and Boston College immediately saw a surge in applications for that year. Other examples such as Florida Gulf Coast and Wichita State in college basketball prove just how much athletics affect application numbers. Similar to FGCU, Lehigh had a big application spike after defeating Duke in the 2012 tournament. These mid-major schools were not given the opportunity to show out this year due to coronavirus and the extraordinary lack of leadership demonstrated within the NCAA offices in Indianapolis, Indiana.

For senior Jeffrey Belovich, athletic accomplishment and exceeding expectations does not factor into his college application decision making.

“I’d like to think that I don’t let how teams perform in football and basketball make any difference in what leads me to apply to a school. I want to keep the focus on academics,” Belovich said.

Belovich isn’t the only one who doesn’t want to let athletic success in major sports factor into decisions about where to apply and eventually attend college. Senior Zach Wheeden, who is looking to attend a large, high-academic institution, thinks that he’ll end up somewhere with good athletics by chance.

“I think that most big schools that have high academics draw the best athletes already. I don’t want to let athletics factor into my decision, but for athletes, big schools with high academics are the dream. Along with the opportunity to get a good education, they can also compete at the highest level on a national stage,” Wheeden said.