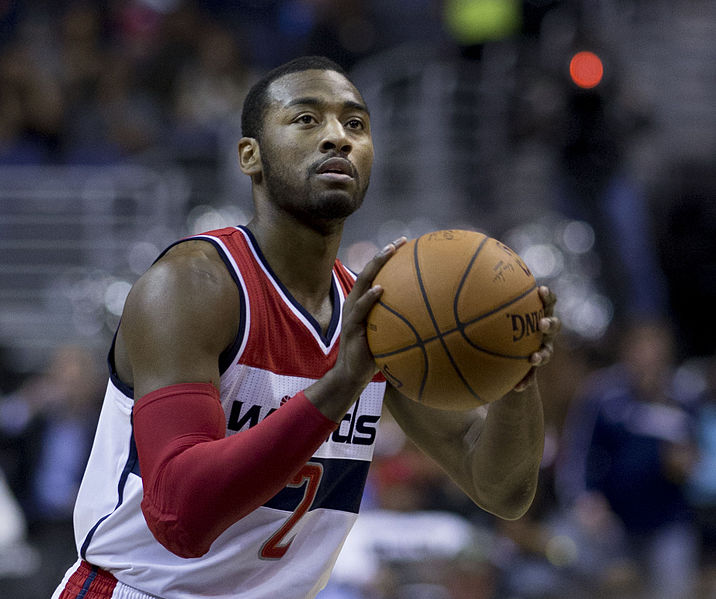 John Wall looks to recover strong from his Achilles injury as the newest member of the Houston Rockets.

Breaking news came to the ears of DC sports fans when they heard about the blockbuster trade sending John Wall and a future first round pick to the Houston Rockets for Russell Westbrook. Westbrook is a great player and he has proven himself in the NBA by becoming a nine time all star and winning the MVP in the 2016-17 season. Wall has been in DC for the last decade and after being the number one overall pick in 2010. He has done so much for the city on and off the court and it’s hard for the fans to say farewell to a star they’ve been watching for so long.

Fans in the area have had differing reactions to the breaking news that put the NBA on notice. Many fans such as senior Evan Calhoun are going to miss watching one of their favorite players to ever play for the Wizards.

“I became a Wizards fan right around the time when we drafted John Wall with the first pick in the draft. He’s brought so many great moments to this city and it’s going to hurt when I see him put on a jersey that’s not a Wizards jersey for the first time. It hurts even more knowing that us fans have waited the past two years for him to recover from his injury, and we thought this was the year that he was going to bring us back to greatness,” Calhoun said.

On the other hand, some fans like sophomore Nik Avillo feel that this move is what’s best for the team to start winning and make the playoffs, considering Westbrook is one of the most accomplished players in the NBA right now.

“Of course it’s going to be hard at the beginning to see John Wall playing for another team, but ultimately Russell Westbrook is the better player right now and I feel that he gives us a better chance to make some noise this season. After being injured for the last two seasons, Wall probably wasn’t going to be the same player anyway,” Avillo said.

Whether people like the trade or not, it is going to be hard knowing that a player that did so much for the city is leaving. Sophomore Caleb Kasten is ready to move onto this new era for the Wizards, but he will never forget the great moments that Wall gave him as a fan growing up.

“The moment that really stands out to me is the game six buzzer beater to beat the Celtics and force a game 7. Although we went on to lose the series, that is when I could really tell the greatness of John Wall. Wall put the Wizards back on the map as a team that can compete in the Eastern Conference and it made people want to care about the basketball team in DC,” Kasten said.

It will be interesting to see how Wall and Westbrook do for their new teams, as the start to the NBA regular season is quickly approaching.