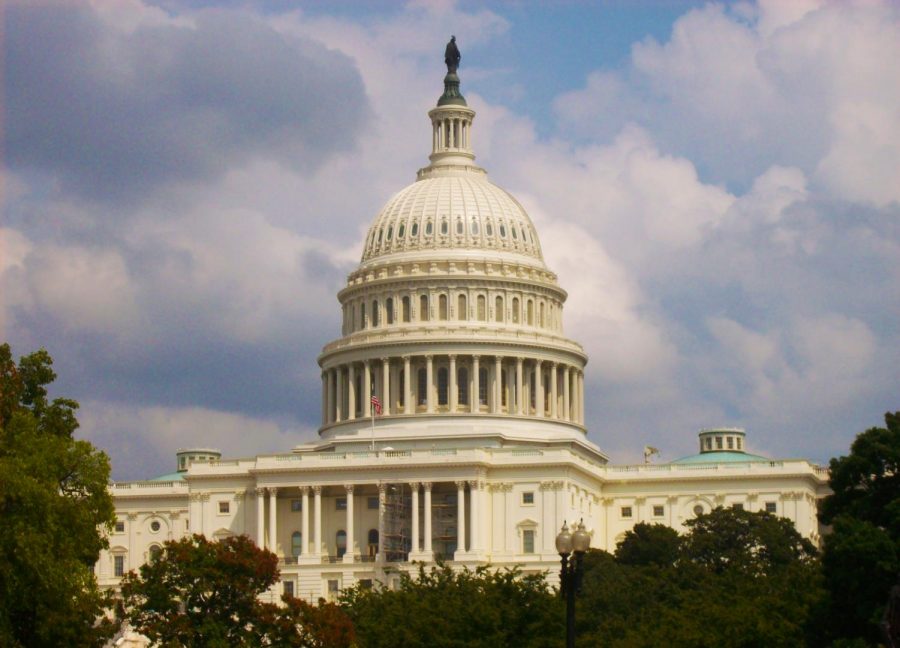 Supporters of President Trump and the far-right stormed the U.S. Capitol building Wednesday in a final bid to overturn the results of the election.

In a final bid to overturn the election results, hundreds of supporters of President Donald Trump and the far-right stormed the U.S. Capitol Building while Congress was counting the electoral votes to certify President-Elect Joe Biden’s victory on January 6, inciting chaos and violence. A chaotic scene, the events of January 6 left much of the country anxious over the ever-growing divide between the right and the left.

Thousands of Trump’s supporters gathered in Washington D.C. Wednesday for the anticipated vote count, for a “stop the steal” rally promoted by Trump. Trump gave a speech in the morning before the supporters headed to the Capitol to protest.

The scene escalated as the day went on, the mob toppling barricades in front of the Capitol and charging past Capitol Police, then running up the Capitol’s steps, attempting to break through doors and windows to enter the building. Once inside, the mob ran through the halls, fighting police and attempting to push through doors. Shortly after 2 p.m., the Capitol was put on lockdown and congress members were evacuated from their chambers.

Amid the violence, one woman was shot by police. She was rushed to the hospital around 3 p.m. and was later pronounced dead.

“I was not that surprised that something like this happened because people in power gave election challengers a platform,” senior Emmie Maisel said. “I found it ironic that those same people then said this violence was unacceptable when they were the cause of it. It’s like [these politicians] loaded a gun, took off the safety, and handed it to the rioters, and then acted surprised when the rioters used it.”

WJ teachers were instructed by administration to open discussion about the previous day’s events in class on Thursday. Many teachers opened class with messages of hope and unity amid fear and divide, and students shared their thoughts on the current state of the nation’s politics.

“One of my teachers did a check-in poll on Zoom and encouraged us to discuss our feelings on the events,” senior Paulina Matzkin said.

Senior Venus Latifian discussed the events of Wednesday in both of her morning classes on Thursday.

“My first period teacher was very understanding and he even felt like it was inappropriate to be lecturing right now with everything going on. He said that we need to talk about these things and politics, we cannot just move on and I couldn’t agree more,” Latifian said. “It felt amazing to know that they care and want to have these extremely prevalent and important conversations with us.”

Counseling also opened a safe space for students to share their thoughts, opening a Zoom session during lunch Thursday for students to attend, and encouraging students to discuss these events with their families.

Despite the tumultuous afternoon, Congress returned to the Capitol Wednesday night after the scene had been cleared to affirm Biden’s victory in the early hours of Thursday morning. Trump acknowledged Biden’s win Thursday, agreeing to a peaceful transfer of power in light of Wednesday’s events.

Some members of Congress, including top senate democrat Chuck Schumer, have called for Trump’s removal from office for allegedly inciting this violence. While his term is almost up, removing Trump from office would prohibit him from running in future federal elections.

Biden’s inauguration will be held in Washington D.C. on Wednesday, Jan. 20. In the meantime, a shaken nation holds its breath in anticipation of what’s to come.