Every teacher should ask their students for their preferred pronouns 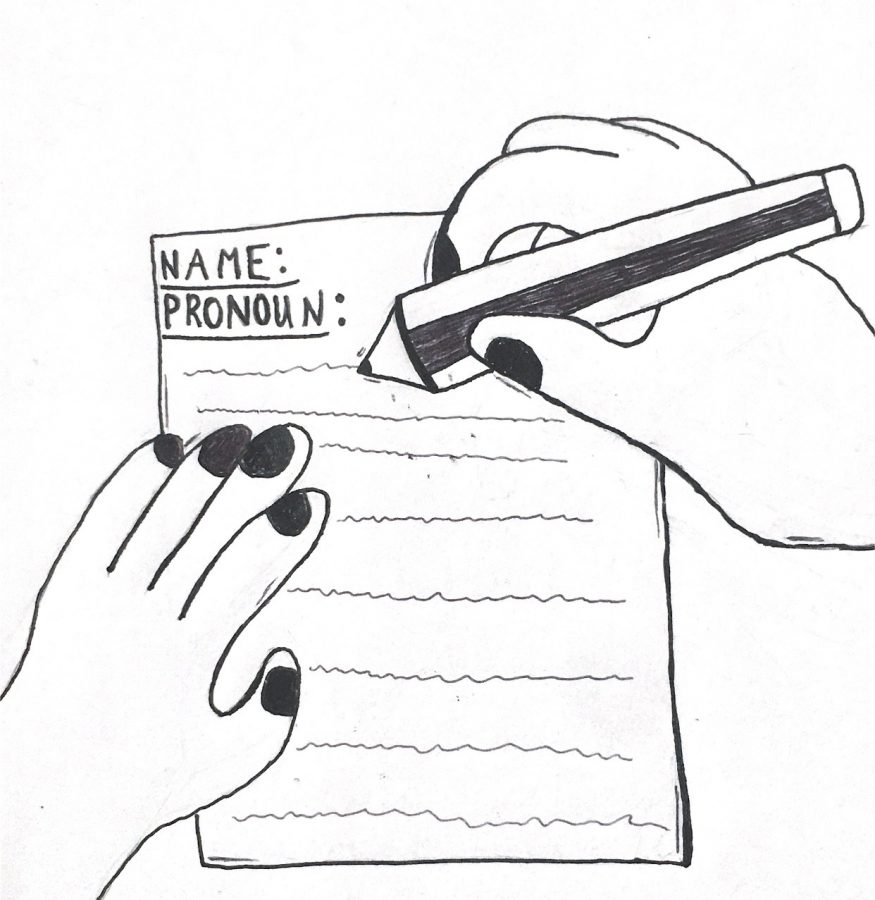 This new school year has brought about a new learning environment for both teachers and students. While school may look different, it is still essential for teachers to support each and every one of their students, especially those who are LGBTQ+. While there are some barriers to this due to the distance, one of the simplest ways a teacher can show their support is by asking students their preferred pronouns. Every student deserves to feel welcomed in their school community, so it’s imperative that every teacher start asking students for their pronouns.

The first time a teacher asked the students in my class to give their pronouns was sophomore year. She passed out index cards to be used as calling cards, on which we had to put the name we wanted to go by, where we wanted to sit in the classroom and our preferred pronouns.

I had known the importance of not assuming gender back then, but in the following years I have become more educated on why this needs to become something that is done in every classroom and beyond. According to The Trevor Project, a non-profit focused on mental health and suicide prevention for LGBTQ+ youth, affirming one’s gender by using pronouns that align with their gender identity has shown to improve mental health outcomes.

In recent months, so much progress has been made. Many students now have their pronouns displayed in their social media bios and college admissions reps are increasingly putting them in their email signatures.

The sad thing is, so far this year, not a single one of my teachers has asked for my or my peers’ pronouns. Although it has never been widespread, I used to be asked by at least one or two teachers a semester. This may be due to the fact that distance learning doesn’t warrant the need for calling cards; but still, there will always be a need to make students feel accepted.

This is not a condemnation of teachers, but rather a call to action. The landscape of learning this year may have changed, but it is as important as ever to create a safe space for students to express themselves.

Asking students for their preferred pronouns creates a more comfortable, accepting environment for everyone. This allows room for those who may be exploring gender identity to feel safe and normalizes the ever-important idea that gender cannot and should not be assumed.

It’s as simple as teachers giving out a short Google Form or putting it as an extra question on a “getting to know you” sheet.

Pronouns may seem to be a minute thing to many people, especially to cisgendered people like myself who have never struggled with their gender identity, but the reality is that pronouns are a very important factor in one’s self-expression. Using the correct pronouns empowers people to express themselves in a way that makes them feel like they can be their true selves.