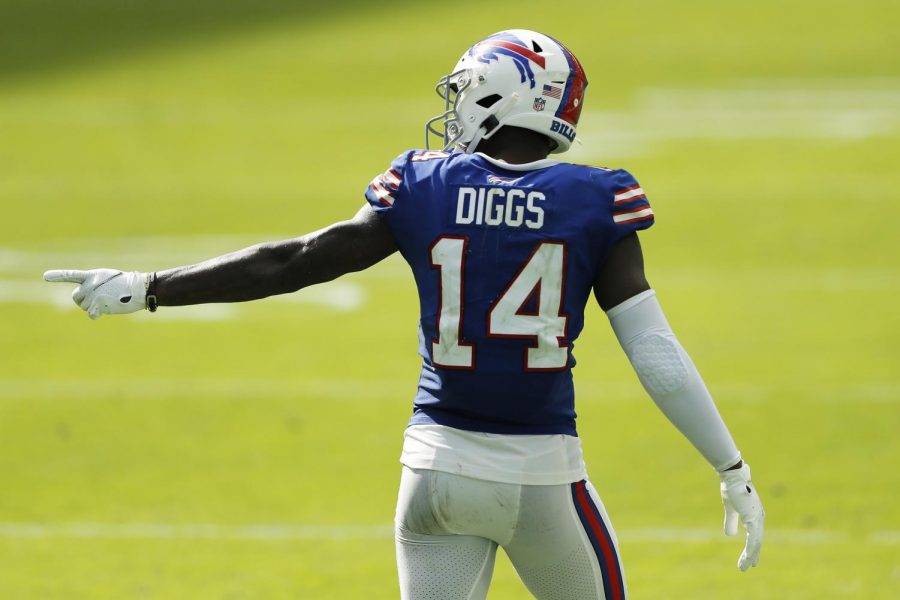 Buffalo Bills superstar wide receiver Stefon Diggs has been lighting it up on the field all season, earning another pro bowl appearance and leading the NFL in receptions through week 14. But before he was one of the best receivers in the NFL, he was torching defenders and catching touchdowns at Good Counsel High School in Olney, Maryland.

Diggs graduated from Good Counsel High School in 2012 and was an absolute game changer during his four years there. He had 1,580 receiving yards, had 34 touchdowns, was first team all-Metro wide receiver, and runner up for the Gatorade Maryland player of the year in 2010.

This helped Diggs become a five star recruit and the number one player in the state of Maryland ranked by Rival. This gave him the opportunity of a full ride to play at University of Maryland, which he chose to go to over college power houses University of Auburn, University of Florida and The Ohio State University.

Diggs blew onto the scene at Maryland his freshman year with 800 receiving yards and 6 touchdowns. Unfortunately, during his sophomore season, he struggled with injuries and had a down season with only 580 yards receiving in 7 games. He bounced back his junior year with 800 yards receiving and 5 touchdowns. During his entire career at Maryland, Diggs struggled with lackluster quarterback play, with many different quarterbacks taking the helm. He also had two different coaches in three years and three different offensive coordinators.

“Stefon was my favorite player while he was there. He was a bright spot for a crappy team and I was always mad they didn’t provide him with the help around him for a serious chance,” senior Maryland fan Chris Reilly said.

Diggs declared for the NFL draft after his junior season at Maryland. Unfortunately for Diggs, his once high draft stock plummeted due to concerns with injuries, failure to improve production and inability to impress at the NFL combine.
Even with his struggling draft stock, the Minnesota Vikings took a chance on him in the fifth round and never looked back. Diggs became a superstar and Minnesota legend after his amazing “Minneapolis Miracle” catch against the Saints in the divisional round of the playoffs.
Minnesota traded Diggs to Buffalo in the 2020 offseason and Diggs took his game to the next level coming in first in the league in receiving yards and receptions.

“Diggs almost single handedly lost me my fantasy football championship because I was playing against him. He’s so good it makes me mad,” senior Jacob Dincin said.

Diggs is entering the prime of his NFL career and it all started at home for him, in Montgomery County.