How COVID-19 has redefined isolation 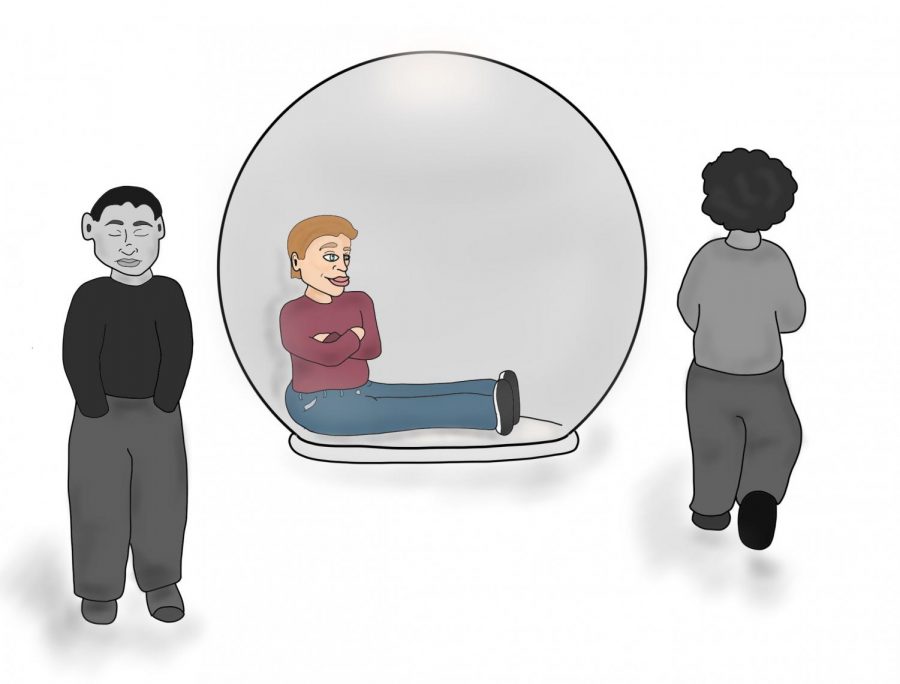 My eyes grew weary as I laid in my dimly lit bedroom.  I could hear my heartbeat and blood rushing in my ears. I was truly alone. This state of isolation and loneliness which would prompt people during normal times to seek the company of another, has instead become the very thing that comforts us the most.

Over the course of the pandemic, we have had to adapt to isolation and discomfort. What once was a time when we were able to see friends, family and others, any given day of the week, has now become marred by a period lacking in-person social interaction. For the health-conscious, seeing any friends or extended family is essentially out of the question as the rate of virus contraction is spiking. While this was difficult for many at first, it has now become an integral part of life.

Many associate isolation and loneliness with insanity and the deterioration of mental capacity. But perhaps this pandemic has done the opposite. For where others see a lack of interaction as a deficit, I see it as a supplement. In a normal, non-pandemic world, social interaction is a staple of human condition. Daily contact with others is a necessity in order to thrive. People have become so dependent on others to attain a state of happiness and peace that they have almost forgotten how to be self-sufficient. In turn, this lack of self-sufficiency correlates with withdrawal-like symptoms when those same people are removed from their “normal” social settings.

A newfound perception that has emerged as a result of being in limited contact with others is that being alone may not be such a detriment as society makes it out to be.  While many complain and become aggravated due to a lack of interpersonal interaction, periodic withdrawals from contact can be a catalyst in the progression towards a healthier mental state.

This state of isolation, while daunting to some, provides benefits that most extroverts fail to understand or see. Lack of social interaction inherently forces a person to depend on themselves for company and entertainment. This is an essential skill that everyone should be equipped with in order to thrive in possible states of isolation, but also because it is important to learn how to take care of yourself and live on your own.

However, it’s important to note that while excessive social interaction can lead to a lack of self-sufficiency, the same can be said about excessive isolation. Too much isolation can lead to a lack in social skills, which are equally as important in not only life, but also for one’s mental health. So it is safe to say that a healthy balance of social interaction and self-sufficiency is needed to produce a well rounded state of mind.