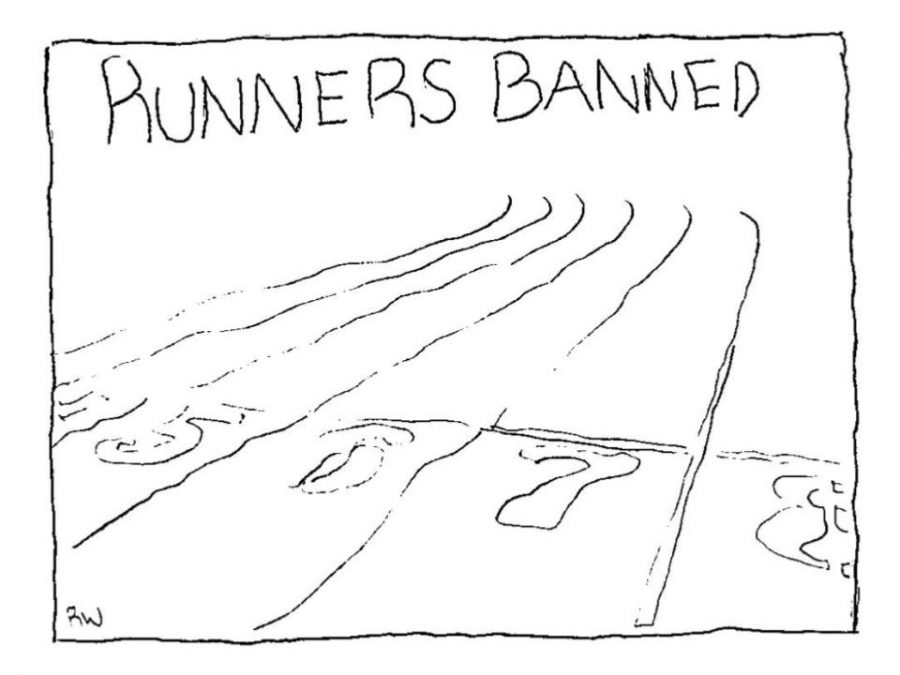 MCPS recently announced the cancellation of all winter sports, including those that require minimal contact like winter track.

Rachael Wolfson, Special to The Pitch

Due to virtual learning, many students had been looking forward to winter sports as a way to stay a part of the school community. However, in mid-December, Montgomery County Public Schools (MCPS) announced that all winter sports were canceled, including winter track — a sport that involves minimal contact.

As a person who loves running, a question that instantly came to my mind was, “Why did MCPS cancel non-contact winter sports?”

The winter sports that MCPS students compete in every year include basketball, indoor winter track, wrestling, swimming and bocce. Basketball and wrestling are sports that should have been canceled since they’re all indoor activities and have a lot of contact involved.

However, indoor winter track should not have been canceled. Don’t be fooled by the indoor part of the title, because every practice takes place outside, on Walter Johnson’s track. There is weight lifting involved indoors, but that part could have been eliminated this year, as well as track meets.

The Center of Disease Control and Prevention (CDC) sports safety guidelines website even mentioned that the best location for sports activities are places with ventilation and air exchange. The CDC encourages sports activity to be prioritized outdoors rather than indoors. Winter track fits well into that category.

The CDC is mostly concerned about sports where athletes must share equipment. For instance, in basketball, people are always touching the same ball with their hands. That can be dangerous because if a person were to wipe sweat off of their face with their hands that just touched the basketball that other people were using, they could be at risk of getting COVID-19.

For running, there is no shared equipment. All you really need are your legs. Therefore, the CDC’s concern about sharing equipment doesn’t apply to track.

Along with these guidelines, the CDC also worries about how close people are to one another. The CDC recommends “limit[ing] the number of players sitting in confined player seating areas (e.g., dugouts) by allowing players to spread out into spectator areas if more space is available.”

Proponents of the cancellation argue that track would violate social distancing because of the large number of people who attend practice. People think that with so many people in one place, COVID would spread fast amongst the runners.

However, in winter track, people are always running at different paces. Therefore, people are never very close to one another. To ensure the social distancing even further, adding spaced out times could avoid crowding of large numbers of people. Some runners could come at one time and the other half would come at another time or day. The CDC actually recommends staggered starting, as well. To enforce social distancing even more, runners could also be spaced out in separate lanes when they run.

The CDC’s main concerns don’t apply to track at all. According to what the CDC said about sports, indoor track seems like the perfect sport for people to participate in while staying safe during COVID times.

It’s too bad that MCPS canceled track because indoor track not only would have helped people with their physical health, but also with their mental health during these hard, isolated times.