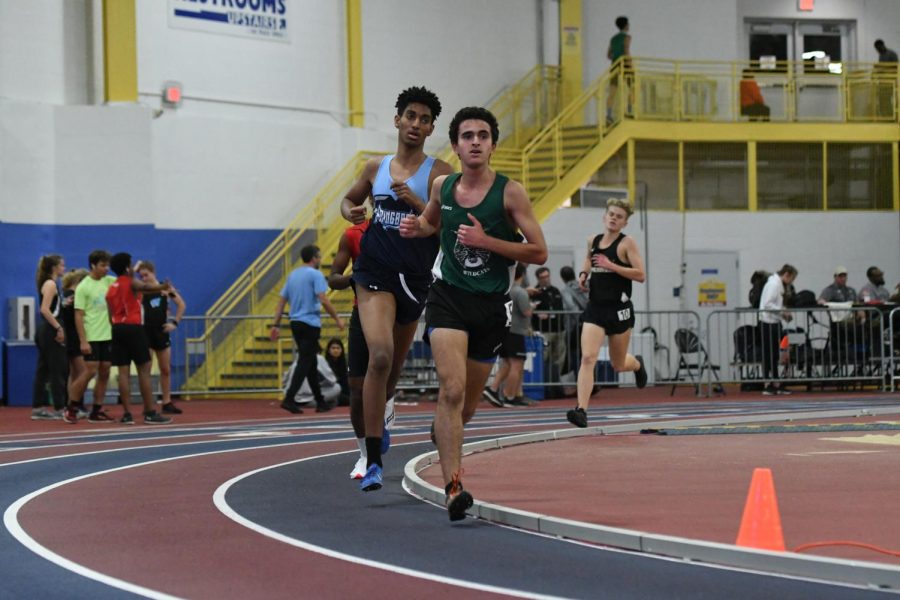 On Wednesday, Dec. 16, MCPS announced they would be canceling all winter sports for the 2020-21 school year. This means that once again senior athletes will be losing their senior season due to Covid-19. Some teams are still able to practice unofficially and in moderation such as cross country and track, who have been having unofficial practices with a reduced number of people, and players on the basketball team have been meeting to play pickup together.

The sad news has hit many senior athletes hard. Whether it was their last chance to earn a college offer, or they just want to have one last season with the people they have been playing with since their freshman year, it is extremely disappointing for them.

Senior basketball player Patrick Kemp is really disappointed in the lost season but is still hoping for some form of competitive basketball this year.

“It really sucks not having a senior year, I find it unfair but it’s a part of life. I really hope this isn’t the end because it would be a disaster to go out like this,” Kemp said.

“I know all the guys on the team have been working really hard so it sucks for them to lose the season. I’m also really sad because this team is great and I wish I could have one more season with them,” Morad said.

Senior basketball player Liam Levine was hoping to be able to play one more year with his friends. He says his fondest memory of playing WJ basketball is always having his friends as his teammates, and always being with them no matter the situation.

“It’s very difficult for me to not have a season especially given the amount of work that my teammates and I have done this offseason,” Levine said.

Despite fall and winter sports being cancelled, there is still a chance that MCPS allows seniors to play in summer league for sports like basketball and soccer just like they did with most spring sports last year. Usually, football doesn’t have a summer league, but there is a chance the county moves the football season to the summer so seniors could still have a season. Seniors hope to have some sort of season this year and would be grateful for anything.