Should seniors keep up with others’ college decisions? 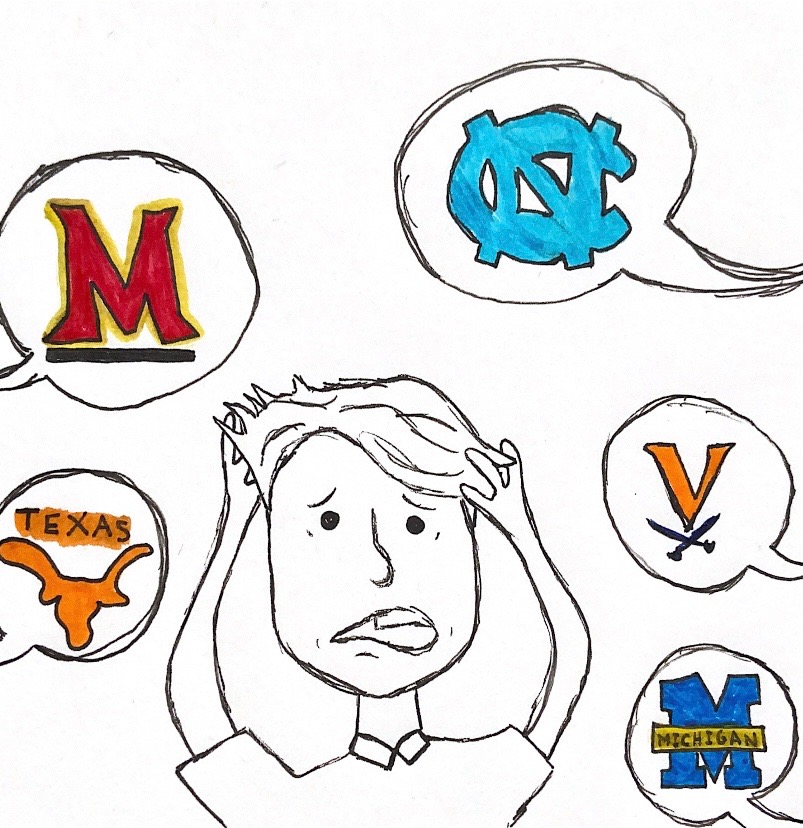 According to psychologists worldwide, our thoughts are constantly externally influenced. It is a phenomenon that can even happen against our will. And it results from the many people who attempt to manipulate our views and psyche — consciously or subconsciously. Some of the most important decisions of our life, which we may think we make independently, are not uninfluenced choices at all.

This is especially prominent in one of the most important decisions in the average student’s life: where to go to college. The education one receives at college oftentimes is incredibly important to their success later in life, and it is essential that students choose a place where they can best thrive.

This choice is one seniors at WJ are currently grappling with, and many have turned to each other for help. But how can one expect to achieve their fullest potential at college if their initial decision of what university they will attend was not completely their own?

Bias is a consistent problem in the college decision process that can manifest itself in many different ways. Maybe it’s looking at national rankings of a school. For other students, it’s a question of what division the sports team plays in or what some “expert” said in a book or seminar. And then there’s the element of social media. Something as simple as a story or post can cause someone to second guess themselves; doubts can worm into a student’s mind as they see social media reactions to a school they previously loved.

Introduce the bias of others into the college decision process and all of a sudden a student’s choice is not entirely their own anymore, but merely the product of meshing their opinion with those of other people. All of a sudden, the student whose mind was nearly made up now runs a much higher risk that the college they’ll end up choosing is not the right fit.

That is why many students should keep to themselves when going through this fastidious process; to minimize the bias they receive and/or induce.

Friends commonly converse about the subject matter and oftentimes speak of future plans together at whatever university they wish to attend. This is because they fear being alone, without the safety net of familiarity, at the dreaded School X, which they will attend in autumn.

However, the point of college is not to stay in your comfort zone. It is to embrace the challenge of adapting to a new setting, while giving you the opportunity to educate yourself in the field you wish to work in. If you attend a college with hometown friends, without the wish to expand your horizons, you could lose this indispensable meaning to the college experience.

This is without mentioning the potential pitfalls of making these future plans before finding out if you have even made it into the school. The feeling of one friend getting into a school as the other doesn’t is not a feeling any student wishes to have. It portrays the risk of making such plans with uncertainty clouding the outcome ahead.

In the end, the many risks of interference with the decision are not worth the possibility of making the wrong decision, considering most people will only get to make the decision once. Students should be more private about these decisions, or else the outcome could follow them for a long time afterward.