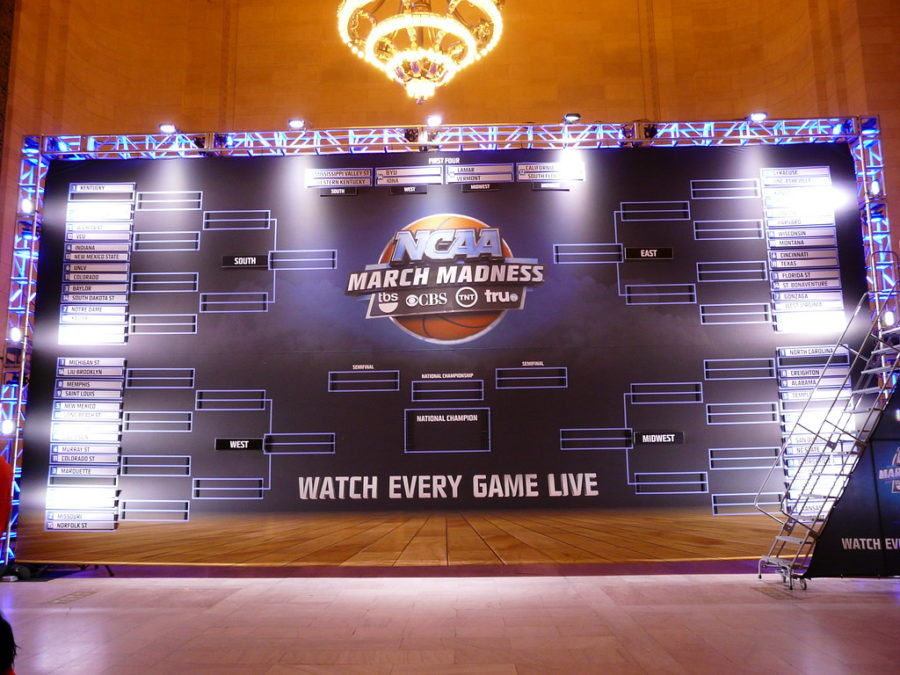 People behind the scenes are ready to fill up this bracket with the in game results of March Madness. Fans are anxious to see which sleeper teams and Cinderella's will emerge this tournament.

It’s beginning to reach that time of year again where sports fans all over America grow obsessive over their first round upsets, who’s in their final four, and who’s winning it all.
March is here, and with it so is the March Madness, the 68 team gauntlet, which the world of American Sports has grown to know and love. For fan’s, now is the time to begin studying the teams expected to be in and to decide who is there to go all the way, but more importantly who will be this year’s Cinderella.
The Cinderella teams of March Madness are essential to each person’s bracket, and these underdogs consistently serve as fan favorites.
And with that said here are some sleeper teams who might make some noise in the big dance:

There are not many instances where a mid-major team can receive an at-large bid into the tournament, but in this specific case, Drake is more than good enough to sneak their way in should they not win their conference tournament.
Playing in the same Missouri Valley conference with Loyola Chicago, our latest Cinderella team in its own right, has caused the Bulldogs to be overshadowed throughout the later half of the season despite splitting their series 1-1 with the Ramblers. Drake started off the season 18-0, even slipping into the AP poll at No. 25 for a week before losing their win streak. Their only bad loss the team has suffered was the one which ended the 18-game streak when they played their second matchup in a row against Valparaiso.
This team’s biggest strength is their ability to efficiently put up points with a rotation that can sometimes go as far as 10 players deep in the lineup. As a team they shoot 50% from the field, notching them at 12th in the nation while averaging 10.8 turnovers per game, putting the team at 17th in the nation.
With a NET rating at 45th in the nation despite not playing high level competition, watch for this team to sneak up on an unexpecting 6 seed should they make it through the play-in round on Thursday.

Next we have Drake’s Missouri Valley counterparts, the Loyola Chicago Ramblers.
After the 2018 tournament, we all know being in the big dance is nothing new to this program. Loyola put on a show during their Final Four run that year, which was one of the most unexpected runs in the history of the tournament. The team’s chaplain, now 101 years-old Sister Jean, even turned into an overnight celebrity during the Final Four trip.
So it is well-known this program isn’t new to the spotlight, and they have put together quite the team just a few years after their last appearance in the tournament. This team features senior Cameron Krutwig, one of the few major factors from their previous March Madness squad. Averaging 15.0 points and 6.7 rebounds per game off of 58% shooting from the floor, Krutwig is the team’s only player averaging double digits.
Nonetheless, this team is dangerous due to their defensive prowess, which is a common trend for lower seeded teams who make it out of the first weekend. The Rambler’s defensive efficiency rating ranks second in the nation behind only Abilene Christian, a 14 seed in the tournament currently pitted up against Texas.
The Ramblers are currently the 10th team in the nation according to NET rankings. Should they make it through the Round of 64, this team could definitely pose a challenge to a 1 seed.

The VCU Rams this year have been a team of ups and downs, and as of right now as a result of injuries they are certainly in one of those downs, but do not count them out yet.
Over the last couple of games VCU’s star players Vince Williams and Nah’Shon Hyland have been banged up, the latter missing their two last games of the regular season, one of which being a loss to Davidson. However with Hyland, this team’s offensive dynamo, the Rams are 16-5 and have split their series with St. Bonaventure, the other favorite to win the A10 conference.
It is their defensive efficiency and steals per game that have carried them to this record though, ranking 19th and 6th respectively in each stat.
The NET rankings list the Rams as 37th in the nation as of right now, and were slotted at a 10 seed by the committee. They have the talent to surprise many in a run, as of now it’s all about staying healthy and getting hot again in their conference tournament to potentially give them a boost leading into the Big Dance.

For many fans, it is hard to imagine that this team is still resting on the bubble despite the amount of talent they hold.
Like VCU, the offense runs around a single star who has had some injury complications, except this one happens to be a guard who has surged into many of the top 10 draft prospects lists this season. That player would be James Bouknight, and when he is on the floor, this team is a whole new kind of trouble for opponents. Bouknight averages 19.0 points with 5.7 rebounds when healthy, and brings a whole new element of explosiveness to the team through his impressive athleticism. When he is playing, the Huskies are 11-3, without him, 4-4. This 11-3 record is highlighted with wins over USC and Marquette, and narrow losses against Creighton and Villanova, in which they clearly played to the level of the other teams.
With Bouknight now healthy and playing up to past expectations once again, this UConn Huskies team is poised to make yet another title run as a Cinderella.
The Huskies are currently ranked 30th in NET and are a 7 seed in the tournament despite being considered a 10 just a week and a half ago.

Lastly, but certainly not least, we have the San Diego State Aztecs.
This team was already ending the regular season on a hot streak, and that continued through Champ week. We might be seeing the Aztecs pick up where they left off last year.
A year prior to the time of this article’s publication, San Diego State was expected to be a 1 or 2 seed heading into the tournament being one of the two biggest surprise teams of the season along with an Obi Toppin led Dayton.
A year after, the Aztecs are entering March with a 14 game win streak that few are talking about. During those first 10 games, their average margin of victory is a staggering 22.7 points.
Behind the play of returning starters Jordan Schakel and Matt Mitchell, San Diego State seems to be well on their way to returning into the spotlight. The team is currently ranked 19th in the AP poll and 18th in NET Rankings, now a six seed in the tournament.