Book Club: They Both Die At The End 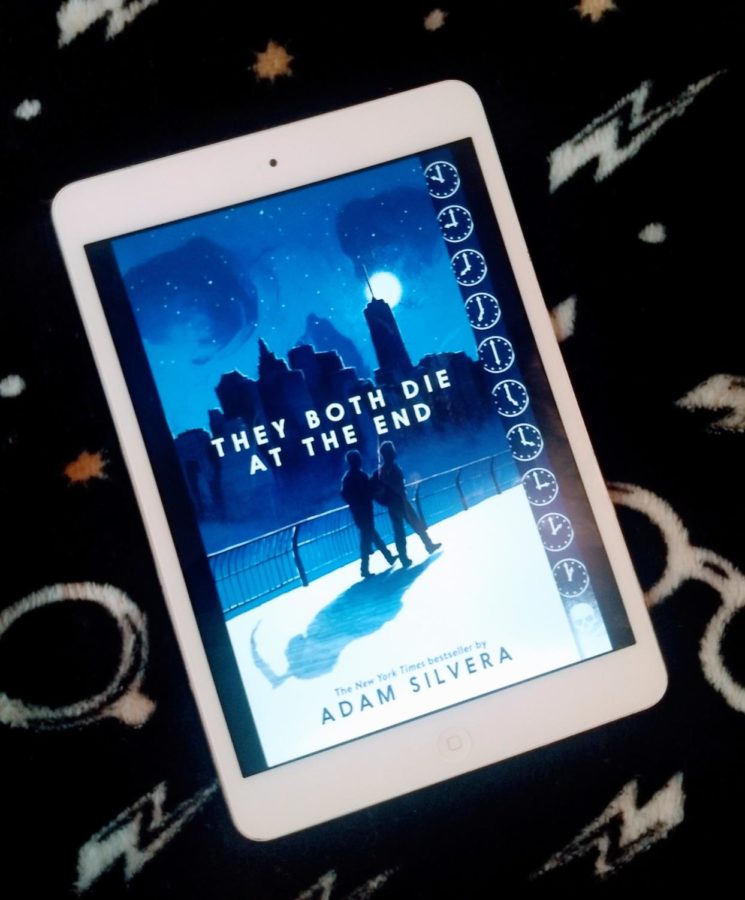 "They Both Die at the End" by Adam Silvera is a story of love and loss that follows two teenage boys throughout their last day alive.

Hello! Welcome to the Pitch book club’s 2nd review! Once again, Stella (that’s me), Cyiza, and Aya will be giving their opinions on this month’s book. You can participate by filling out the form in the Pitch’s Instagram bio (@humansofwj) and by looking out for the next book of the month! You can even vote for which book you would like that to be by using the link previously mentioned.

Book of the Month: “They Both Die at the End” – by Adam Silvera

On September 5, a little after midnight, Death-Cast calls Mateo Torrez and Rufus Emeterio to give them some bad news: They’re going to die today. Mateo and Rufus are total strangers, but, for different reasons, they’re both looking to make a new friend on their End Day. The good news: There’s an app for that. It’s called the Last Friend, and through it, Rufus and Mateo are about to meet up for one last great adventure—to live a lifetime in a single day.

Stella – 4.5 stars
This book was absolutely devastating and I loved it. The title tells you how the story will end which creates an interesting feeling of tension throughout the book. I was as anxious as the characters, waiting for something to happen, but then I realized that that was exactly what this book was all about: waiting and not doing. Both the main characters are teenagers who haven’t done most of the things they wanted to do in life – which is, of course, understandable because the average 17-18 year old doesn’t have to worry about receiving a call telling them they will die in the next 24 hours. We think we have all the time in the world and this heartbreaking novel shows us how that isn’t always the case. It was an absolutely incredible experience to follow these two teens, who both spoke to my heart and personal values in different ways, through their last day alive. I highly recommend this book to anyone who needs reminding of just how important it is to live life without regrets.

I will not lie, when I first started reading this book, I wanted to hate it. I would constantly see “They Both Die at the End” on my For You Page and refused to read it because I felt as if it wouldn’t live up to the hype, but boy was I wrong. I fell in love with the characters and honestly wanted to give the protagonist, Mateo, a hug. Silvera had illustrated his anxiety in such a relatable way which caused me to be 100x happier when I witnessed him overcome his fears. Mateo’s persona complimented Rufus so much. I also really loved the diversity in the book as Mateo is Peurto Rican and Queer, while Rufus is a bisexual Cuban-American. The amount of emotion that this book has caused me is indescribable, I found myself anxious as I continued reading, not ready for the ending.

“They Both Die at the End” has been a book that I’ve been meaning to read since it first came out four years ago. Along with being scared of the hype, I was also terrified of the title (I mean they literally both die at the end) but I was pleasantly surprised. The book made me laugh about a hundred times and shead a few tears over the smallest things, like when one of the main characters realizes that whatever thing that they’re doing is going to be the last time. It was stuff like this that really made the book for me. Mateo was definitely the character I related to the most, even though we literally have nothing in common- but I enjoyed his POV the most. The writing wasn’t my favorite, but I was kind of expecting it because I’ve read one other Adam Silvera book but overall I’d definitely recommend the book if anyone needs a good cry.

“Maybe it’s better to have gotten it right and been happy for one day instead of living a lifetime of wrongs.”

“I doubt the world is in the mood for a miracle, so we know not to expect a happily-ever-after. I Only care about the endings through today. Like how I stopped being someone afraid of the world and the people in it.”

“No matter how we choose to live, we both die at the end.”

“I wasted all those yesterdays and am completely out of tomorrows.”

“It’s mad twisted, but surviving showed me it’s better to be alive wishing I was dead than dying wishing I could live forever.”

“Two dudes met. They fell in love. They lived. That’s our story.”

“People have their time stamps on how long you should know someone before earning the right to say it, but I wouldn’t lie to you no matter how little time we have. People waste time and wait for the right moment and we don’t have that luxury. If we had our entire lives ahead of us I bet you’d get tired of me telling you how much I love you because I’m positive that’s the path we were heading on. But because we’re about to die, I want to say it as many times as I want–I love you, I love you, I love you, I love you.”

– All quotes by Adam Silvera