Reminders of Him book review 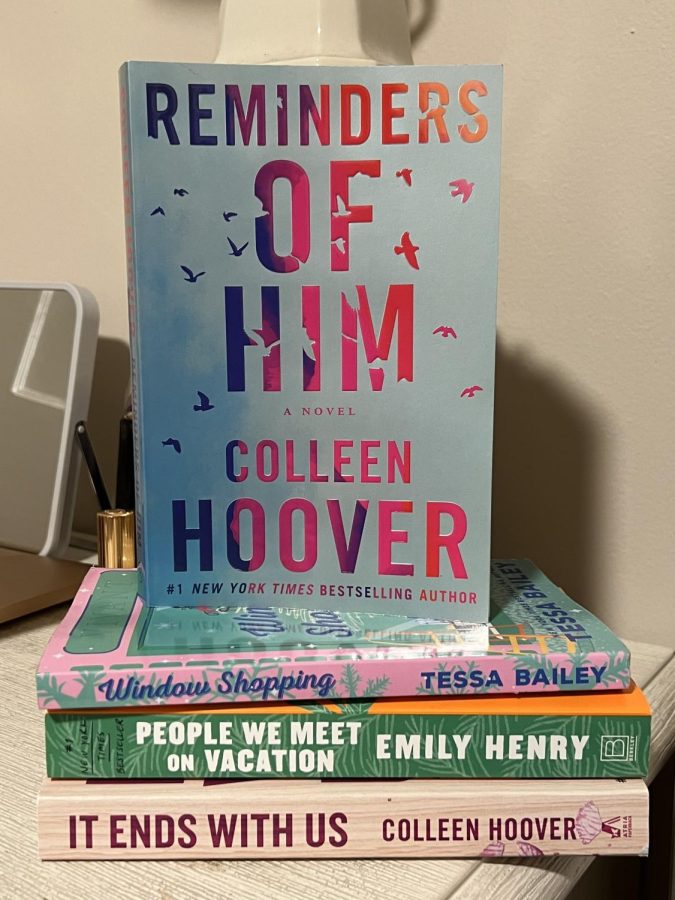 Although Colleen Hoover is known for her contemporary romance books, her latest novel is a heart-wrenching and emotional story surrounded by the theme of forgiveness and family.

I finished Colleen Hoover’s newest book, Reminders of Him, nine minutes ago. In the past nine minutes, tears have stopped rushing down my face and I am trying to collect myself because wow that book was a heart-wrenching rollercoaster. I am a dieheart CoHo(Colleen Hoover) fan as the lady is an absolute genius, no author can compare to her or her work and Reminders of Him absolutely did not disappoint.

Reminders of Him tells the story of Kenna who has just gotten out of jail after five years in hopes of finally being in her daughter’s life, after going to jail due to a tragic mistake. But no matter how hard Kenna tries to prove herself to everyone around her, the town begins to shut her out after finding out who she is. Everyone but Ledger Ward, the local bar owner who also happens to be a prominent link to Kenna’s daughter. But as Kenna and Ledger’s relationship begins to grow even more serious, so does the risk of losing her daughter forever.

When reflecting, Kenna’s character was mainly why this book was such a tough read. I read it all in one sitting and there were times where I was so frustrated, I wanted to throw my book across the room, but would also start crying at the same time. Kenna keeps trying so hard to forgive herself and wanting others to forgive her for her mistake. It was so frustrating seeing her in such a dark place after everyone had blamed her for Scotty’s death. Hooveris amazing at conveying the pain that a character is going through and Kenna’s was no exception. I was able to empathize with Kenna through her actions and through her letters to Scotty, which absolutely broke me.

The main protagonist, Ledger Ward is absolutely swoon-worthy, he is the blueprint and is tied for my number one favorite male MC in all of Colleen’s books (sorry Ben). Throughout the story I felt so bad for him because he was constantly being torn between both sides. It was hard to keep both Kenna and Scotty’s parents happy. He had devoted the last five years to this little girl and now he wants her to have a relationship with her mom but her grandparents are making it impossible.

This book was definitely not a romance book, although it had some romance components like Kenna and Ledger’s relationship (one of my favorite relationships in all of Hoover’s books) but it was a more emotional and heartbreaking story that centers around grief, family-relationships, and forgiveness. My obvious rating is 5/5 if you could not tell already.