Letter to the Editor: Being LGBTQIA+ at Walter Johnson 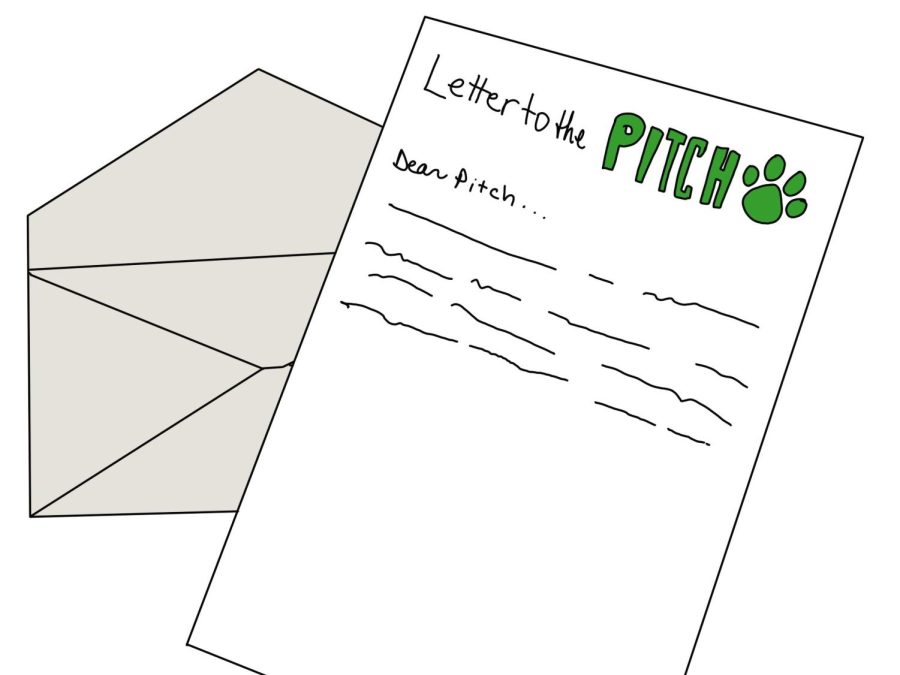 I have been out as Bisexual since the end of seventh grade. I found the word through my brother, who was talking about a friend of his that had come out. I did not know what this new word meant, so I looked it up. Thankfully, my parents had parental block on my kindle because when you look up most queer or LGBT things, you find resources under an infamous not safe for school website.

When I came out to my family in the early eighth grade they were confused but mostly accepting. When I went to a pride event later that year, my father cried small tears of joy from me being proud of my identity. I will remember that moment for the rest of my life. It was my first real experience in the gay community. I felt loved, I felt so seen. My identity was no longer an adjective, but it became a flowing sense of beauty. It was more than a sexuality, bisexuality was a new community that I never even knew I had.

And then during the fall of ninth grade, I had started to experience a feeling of overwhelming sadness. I had started to self-harm. I hated these new feelings. The overwhelming sense of self-hatred, the feeling of not being a real girl, whatever that was supposed to mean. I felt like it was impossible to solve my problems. I started to restrict my eating. Keeping myself skinny would solve my self-hatred, but I still felt this looming problem. At this same time, I was learning more about nonbinary identities. Despite allowing myself happiness I refused their existence. My best friend had come out as Nonbinary the year before and I did not want to accept them as a valid identity.

And then, during early March of 2020, I had started talking to more queer peers who also were gender non-conforming. These individuals mean the world to me, one very particular one was like my nonbinary father. They showed me that androgyny was what I deemed it to be. I could be just like them. And so I told my friends in STAGE Crew to give me a new name, Blue since my hair was the color, and I thought it was a unique expression of myself. And as we all know, in March of 2020, Covid peaked and schools were shut down. As a newly out person, mind you to only my peers, it was hell. I knew my parents would probably accept me for who I am, but I wasn’t sure. So I hid and got more and more depressed. I wasn’t able to be validated in any way I needed to be. And I planned on attempting suicide.
This plan never worked, I was told to go to therapy, which only helped so much, so I attempted again, and then again. I was too scared to come out to my parents but at the point that I was at if I didn’t come out, I would be dead. And I’m sure my parents knew this, but it was the idea of telling them “I am nonbinary, I am Blue,” that had scared me to the point of attempting suicide.

But when I finally told them that I was not their daughter anymore, they were confused again but were accepting. They wanted me to be as happy as I could be. My new therapist had informed them more on how to correctly address me and how to be accepting.

I could go on and on about my experiences, how a majority of the teen ward in the mental hospital was queer and trans kids, how you could see that they were happier being in a hospital with other gay kids and not in their own home, but a recent horrible event had occurred in late November 2021. A WJ graduate, a nonbinary friend and peer, had committed suicide. I was close with them and as I said earlier, they were like my nonbinary father. This shook the STAGE community and even the graduates who were incredibly close to them. It felt wrong to allow people to keep up their homophobic actions especially if it could lead to suicide.

For many queer students, their main form of acceptance is through other students, and still, the suicide rates for queer students are high as, “The Trevor Project estimates that more than 1.8 million LGBTQ youth (13-24) seriously consider suicide each year in the U.S. — and at least one attempts suicide every 45 seconds.” That’s too high to take any chances by misgendering students and allowing other students and teachers to be cruel and unacceptable to them.

I sent out a survey about a week ago asking about LGBT students at WJ’s experiences. They were horrendous. I was sadly not surprised as I had too experienced a similar amount of things that they had experienced. It was somewhat comforting that my experiences were not just my own, but other gay and trans students at the school had also faced the discrimination that I had to endure these past three years. In this survey I had also asked students who they thought were teachers with safe spaces and two names popped up over and over again: Ms. Butler, the choir teacher, and Ms. Herdman, an English teacher.

I sent them an email about their experiences teaching LGBT students. I have had both of them in the past, and I completely understand other students’sentiments around adoring their classes. With Butler’s response, I could feel her deep care for her students. She said in her response, “I try to make consistent comments like “be who you are”or “bring out your individual personality,” “you are great just the way you are” …any opportunity to reinforce that they are welcome to be who they are and don’t need to hide. I tend to get very open and accepting of students, so I feel we collectively create a supportive space, or at least are making strides to become better allies,” Butler said.

Butler teaches a large mix of students because of her many talents in music. She is not only a wonderful teacher but a musical director for the spring shows. She is incredibly kind and accepting of her students. She is an amazing example of what a teacher should be.

Ms.Herdman’s name also came up countless times. She is an English 9th and 12th-grade teacher. She is also the coach of the JV Girls Lacrosse team. She wrote a very thought-out response to my questions, one of which being my favorite. She has a deep care for her students and you can see that by how her students talk about her and how she talks about them. She explains how she makes and keeps an inclusive safe space.

“Taking accountability. If I make mistakes, I own it. I expect my students to do the same. If I have a question, I’ll ask my students to inform me. This year I had a couple of students use xem/xe pronouns and I asked to be educated about it since I hadn’t heard those pronouns before. I think students seeing teachers as human beings who make mistakes and want to learn, creates a space that students to feel safe to learn,” Herdman said.

I believe that if more teachers were outwardly willing to show commitment by asking questions and encouraging their students to ask questions and do their best we could have a much better and safer school environment. Everyone has the right to education, and every student has a right to feel safe in their schools, no matter what they identify as. The horrible comments that I, and many other LGBT students, have heard make students feel unsafe and unwanted at school, even if it is the only place they can be outwardly queer at. The Trevor Project wonderfully reiterates this point saying, “Gender-affirming care has been shown to reduce suicide ideation and attempts in transgender individuals, along with social support, familial support, and reduction of discrimination.” Why should we allow constant microaggressions to occur, if by acting this way we can potentially risk a student’s life?

So, I ask you, the reader, to understand what I am trying to say. Trans and Gay students deserve to be safe in school. If you see aggression happen, say something. Stand up for your friends, the random people in the halls. Be an ally. LGBTQIA+ suicide rates are too high for us to take the risk of deadnaming, misgendering, mocking a fellow student. And if you are a teacher, check yourself, we’re all not perfect but you are a role model for student behavior. If you allow students to be cruel and mean to LGBT Students, you are a part of the problem. Call yourself out, we all make mistakes but we need to correct them and move on. If you are a queer student, I hope that you can find a place where you feel you fit in. If you are an ally, keep working. If you are not an ally, ask yourself why, research LGBT people, understand us, and be kind.