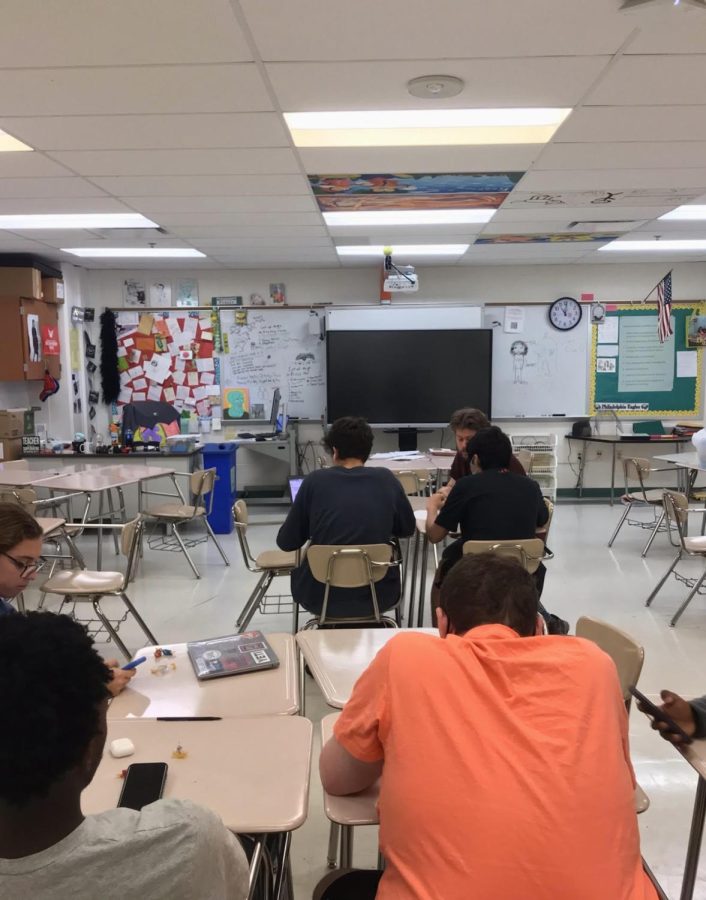 Justin Fraser's Calculus with Applications class spends their last weeks of school on their phones with their curriculum finished early.

May 27 was the seniors’ last official day of school. Every year after seniors leave, not only are the hallways emptier, but classes taken by seniors are also emptier.

MCPS schools have always held graduation ceremonies before the last official day of school. Seniors from all over the county graduate early, some schools earlier than others.

Classes with a combination of juniors and seniors now only have the juniors left. Some classes even contain less than half of their class due to seniors leaving. Junior Donovan Bencosme was surprised to see one of his classes almost completely empty.

“It’s weird because the class was so loud and full. Now it’s so quiet but I feel like my relationships with my remaining classmates are getting stronger because we all talk to each other and our teacher now that there is such a small amount of us,” Bencosme said.

Classes can become boring with fewer classmates to socialize with, especially with friends in that class having graduated.

“In my Chinese class, our tables were set in groups. With the seniors gone, we’re all awkwardly scattered around the room,” junior Zoey Hanrahan said.

For some students, seniors leaving has not had any kind of impact on their school life. Some don’t mind that we stay the extra two weeks after graduation, as it gives more time to turn in work.

“I don’t mind whether the seniors were here or not, it doesn’t make much of a difference considering we get out of school not too long after they do,” junior Sarah Lawrence said.