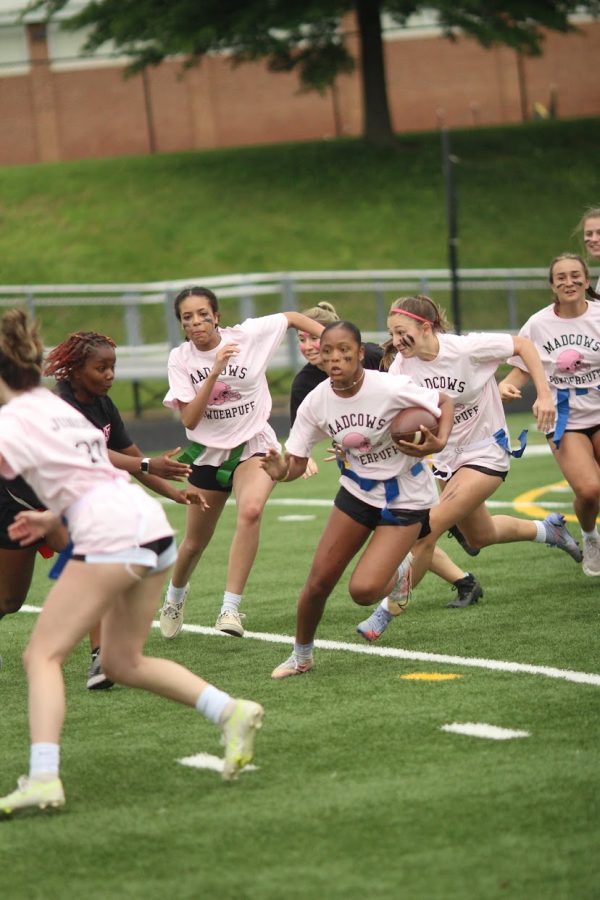 Junior Aranda Hurge tries to make a juke against senior Trinity Hill. While , she does this her teammates Yness Seidnaly, Isabella Mondelli, and Rita Bousadi run with her as they all try to advance down the field.

Junior Aranda Hurge, when asked about her thoughts on the game that she just played in , says, “ I think the powderpuff game was going well for 3⁄4 of the game but the last ¼ of it people started to ignore the roles on both teams. But overall it was fun.”

Senior Emma Kothari, when asked about the game that she just played in, says, “ I thought it was fun and a good way to have fun with other people in our grade. Even though it got a bit rowdy it was still fun and seniors won.”

Despite the controversy of the call, it was a fun experience for me as the audience and many of the players as well.