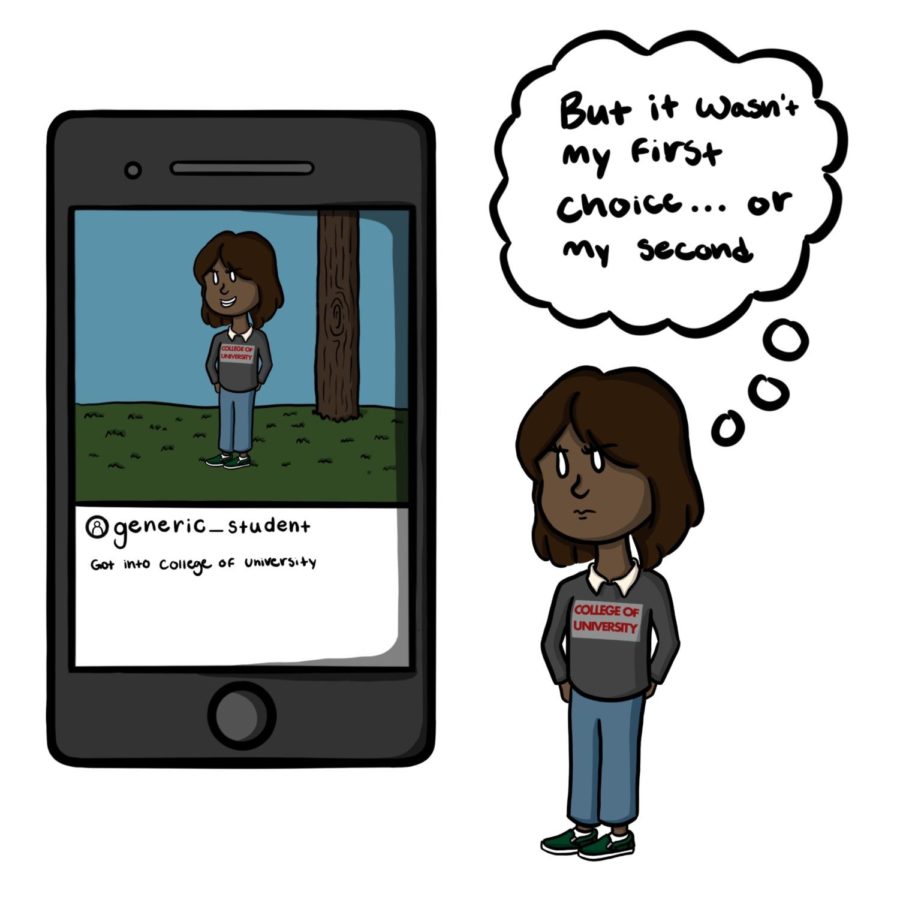 The overwhelming truth of college rejections

About two months ago, I was only waiting on one more college decision; I remember seeing that email in bold letters when they finally sent me the result: “Your admissions decision has been updated.” It was surreal and exciting. At the time, my lame overconfidence was showing itself. I had been accepted everywhere I applied to up until this point — why should this be any different? Not to mention, this was the one school that I really wanted to go to.

“We regret to inform you…” was all that I read.

Now, when I look back, I’m glad I got rejected. I certainly didn’t think this way at the time, but it was a miracle in disguise. I realized that it was not the school of my dreams; it would have been extremely expensive for me to attend. Nonetheless, it was still hard to get over. So many negative emotions were rushing through my brain at once, trying to comprehend why it happened. What could I have possibly done wrong? I felt this need to be on the same level, to be as happy and accepted as my peers.

My friends were constantly showing me their social media feeds. It seemed like every time I spoke to them, yet another student committed to some high-ranked school as if it were something that was a daily occurrence.

I wouldn’t say that I was jealous of my peers, I was genuinely happy for many of them, but the fake smiles and preppy sweatshirts were all infuriating. So many of these people seemed so happy — but I know the depression and unrelenting years of stress it took for some of them to get to those arbitrarily designated “top” colleges. All I kept seeing was the unrealistic reality of everyone getting into their dream school.

And the stories of countless students who have faced the struggle of shame and rejection stayed hidden.

Like many other seniors, a close friend of mine applied to the University of Maryland at College Park. And before I move on, let me tell you that my friend is incredibly smart. She had the extracurriculars, AP classes, basically everything that would fit the “perfect” student. But in late January, she opened her email to see the same dreaded words I had once read.

This was the realization that hit over half of the students at WJ who applied to UMD (according to Naviance analytics), and that was just the results from one school. The dismayed feeling of uncertainty is all that’s left, and you’re left to wonder what’s next. WJ tends to give juniors and seniors advice on how to get into college by providing a barrage of counselor meetings and “how to write great college essay” seminars and emphasizing excitement of getting into college — but the heartbreaking aftermath is never discussed, never dealt with.

The plain simple truth is that getting rejected happens to basically everyone, and it is hard. It doesn’t matter if you were completely obsessed with the school or not, your confidence is bound to take a hit. Getting rejected is OK.

So, for those of you who still remember the Instagram posts and Tiktoks with people wearing the preppy sweaters of their committed school, know that when that acceptance letter arrives, you´ll be wearing one too.

Donate to The Pitch
$150
$1000
Contributed
Our Goal
Submitting donation...